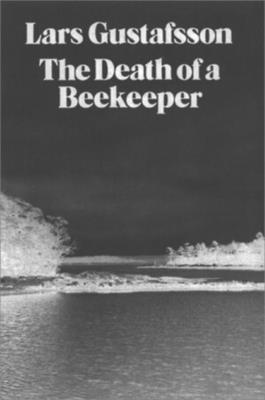 The Death of a Beekeeper (Paperback)

The celebrated Swedish author's American debut, The Death of a Beekeeper is a gentle, courageous, and sometimes comic meditation on living with pain.

In the beginning of the winter thaw, Lars Lennart Westin has learned that he has cancer and will not live through spring. Told through the journals of this schoolteacher turned apiarist, The Death of a Beekeeper, is his gentle, courageous, and sometimes comic meditation on living with pain. Westin has refused to surrender the time left him to the impersonation of a hospital, preferring to take his fate upon himself, to continue solitary, reflective life in the Swedish countryside. "I took little walks and noticed that in the last months the pain had actually colored the landscape in a peculiar way. Here and there is a tree where it really hurt, here and there is a fence against whose post I struck my hand in passing." His inner landscape is also re-forming: "This constant concern with an indefinite dangerous secret in one’s own body, this feeling that some dramatic change is taking place, without one’s being able to have any clarity about what really is... reminds me of prepuberty. I even recognize this gentle feeling of shame again." The relentlessly intimate burning in his gut provides a point of psychic detachment, rendering his survival "a unique art form whose level of difficulty is so high that no one exists who can practice it.” Yet he insists, "We begin again. We never give up."

Lars Gustafsson is one of Sweden's leading and most prolific poets.

Praise For The Death of a Beekeeper: Novel…

Readers in the US have mostly known Dunya Mikhail by her three extraordinary poetry collections published since the early 2000s - poems of war, displacement, exile. In her astounding new book, The Beekeeper, she turns to the prose of journalist and witness, giving voice to women who have undergone every possible degradation and criminal abuse, and survived, though there are also stories here of women who did not. This utterly harrowing book is often hard to read - until one realizes that this 'discomfort' is nothing to what the women here have endured. It's also a story of those who have put their lives on the line to help rescue them, and help find their way back to a place of healing, reclaiming and affirming life,dignity, humanity. That very humanity - the real people, person by person, behind the numbers we read reports of, those captured, those killed - is part of what makes this a vital, necessary book.
— Rick Simonson
or
Not Currently Available for Direct Purchase
Copyright © 2020 American Booksellers Association