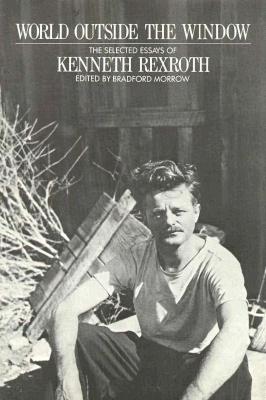 World Outside the Window

World Outside the Window: The Selected Essays of Kenneth Rexroth brings together twenty-seven essays written over a period of more than forty years by the man one of his publishers called “an American cultural monument.” A brilliant self-taught scholar in fields as diverse as Buddhism and modern French poetry, Rexroth was a poet, philosopher, translator, promoter of poets, conscientious objector, political activist, cultural critic, professional curmudgeon, and teacher. More than one critic has suggested that an individual could pursue a complete curriculum in the humanities simply by reading Rexroth’s essays and the works to which they refer. Clear-eyed and clear-headed, Rexroth championed “moral judgment” in the poet and artist from the very first (see “The Function of the Poet in Society,” 1936). And while he dismissed many of his essays as “journalism,” he remains our sanest guide to the cultural upheaval in American society since World War II. Was it because of his trenchant perspicacity that Rexroth’s death in 1982 was widely ignored by the press and cultural establishment, bearing out his own assessment that “When a prophet refuses to go crazy, he becomes quite a problem, crucifixion being as complicated as it is in humanitarian America”? Recently he has been called our “intellectual conscience.” It is time to read Rexroth again. This collection has been compiled and edited by Bradford Morrow, editor of Conjunctions magazine and Rexroth’s literary executor.

Bradford Morrow's novels include The Diviner’s Tale, Giovanni's Gift, and Trinity Fields, and co-edited with David Shields The Inevitable: Contemporary Writers Confront Death. The recipient of numerous awards, he founded and edits the literary journal Conjunctions and is a professor of literature at Bard College. He lives in New York City.

Poet-essayist Kenneth Rexroth (1905-1982) was a high-school dropout, disillusioned ex-Communist, pacifist, anarchist, rock-climber, critic and translator, mentor, Catholic-Buddhist spiritualist and a prominent figure of San Francisco's Beat scene. He is regarded as a central figure of the San Francisco Renaissance and is among the first American poets to explore traditional Japanese forms such as the haiku.
Loading...
or
Not Currently Available for Direct Purchase