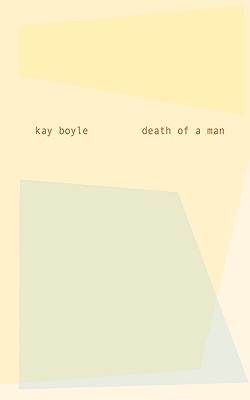 Death of a Man (Paperback)

When Death of a Man was first published in 1936, the anonymous reviewer in Time described the novel as a "Nazi idyll." Nothing could be further from the truth. Boyle, who lived in the town of Kitzbühel in the Tirolean Alps during the mid 30s, recalls that "In 1934, mothers, fathers, children—all barefoot—stood in the ankle-deep snow on the sidewalks of Vienna, their hands out-stretched for help .... Nazism as to them mutely accepted as the one hope for the economy." The subtlety and precision honed by Boyle in her acclaimed short stories are used in Death of a Man to describe the tragedy of a society pushed to the edge by circumstance but as yet unaware of the dangers, the incipient evil, of the course it is choosing. In this setting, the passionate relationship between the appealing and vigorous but pro-Nazi Dr. Prochaska and the pampered, neurotic American young woman Pendennis, is a paradigm of the difficulty of individual love in a disordered world.

Kay Boyle (1902–1992) was a writer and political activist. She was twice awarded Guggenheim fellowships, won the O. Henry Award for best short story of the year in 1935 and again in 1941, held a number of honorary degrees, and occupied the Henry James chair of the American Academy of Arts and Letters. In 1981, she was awarded a Senior Fellowship for Literature from the National Endowment for the Arts.

Praise For Death of a Man: A Novel…

I think a novelist is obligated to depict things as they are, not as we might like. And that is why Kay Boyle did, in this book, with her usual skill and passion as a novelist and poet.
— William Shirer
or
Buy Here
Copyright © 2020 American Booksellers Association