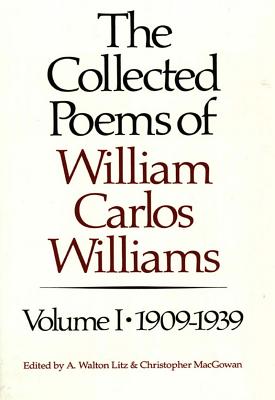 Considered by many to be the most characteristically American of our twentieth-century poets, William Carlos Williams "wanted to write a poem / that you would understand / ,,,But you got to try hard—."

So that readers could more fully understand the extent of Williams' radical simplicity, all of his published poetry, excluding Paterson, was reissued in two definite volumes, of which this is the first.


Praise For The Collected Poems of William Carlos Williams: 1909-1939…

"Here is the early work of this central figure in 20th century poetry in all its power and dazzling variety."
— Library Journal

Besides being a practicing physician, William Carlos Williams (1883–1963) was a poet, short-story writer, novelist, translator, playwright, and essayist whose contribution to the development of modern American poetry grew out of his commitment to recording the "local" experience of Rutherford, New Jersey, and its environs.
Loading...
or support indie stores by buying on