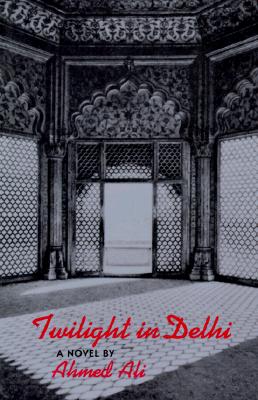 Set in nineteenth-century India between two revolutionary moments of change, Twilight in Delhi brings history alive, depicting most movingly the loss of an entire culture and way of life. As Bonamy Dobree said, "It releases us into a different and quite complete world. Mr. Ahmed Ali makes us hear and smell Delhi...hear the flutter of pigeons’ wings, the cries of itinerant vendors, the calls to prayer, the howls of mourners, the chants of qawwals, smell jasmine and sewage, frying ghee and burning wood." The detail, as E.M. Forster said, is "new and fascinating," poetic and brutal, delightful and callous. First published by the Hogarth Press in 1940. Twilight in Delhi was widely acclaimed by critics and hailed in India as a major literary event. Long since considered a landmark novel, it is now available in the U.S. as a New Directions Classic. Twilight in Delhi has also been translated into French, German, Portuguese, Spanish, and Urdu.

Ahmed Ali (1908–1994) was born in Delhi, India. He taught at various Indian Universities from 1932–1946, and was Visiting Professor of English in China from 1947–48. Then, as a member of Pakistan’s Foreign Service, he established embassies in China and Morocco in 1950. Mr. Ali was well known for his scholarly work on the Qur’an.

Praise For Twilight in Delhi…

A perfect novel, the more valuable for its unique subject.

It is beautifully written and very moving...At the end one has a poignant feeling that poetry and daily life have got parted, and will never come together again.
— E.M. Forster

A marvelous novel, where a world being extinguished by modernity is illuminated in a parting gaze that possesses both clarity and warmth.
— Siddhartha Deb
or
Buy Here
Copyright © 2020 American Booksellers Association