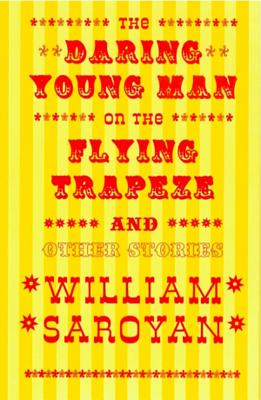 A timeless selection of brilliant short stories that won William Saroyan a position among the foremost, most widely popular writers of America when it first appeared in 1934.With the greatest of ease William Saroyan flew across the literary skies in 1934 with the publication of The Daring Young Man on the Flying Trapeze and Other Stories. One of the first American writers to describe the immigrant experience in the U.S., Saroyan created characters who were Armenians, Jews, Chinese, Poles, Africans, and the Irish. The title story touchingly portrays the thoughts of a very young writer, dying of starvation. All of the tales were written during the great depression and reflect, through pathos and humor, the mood of the nation in one of its greatest times of want.

William Saroyan (1908–1981) was born in Fresno, California. Famous for a long and voluminous career, he wrote novels, along with some sixteen story collections, and plays including The Human Comedy (winning an Academy Award for his screenplay), and The Time of Your Life, for which he won the Drama Critics Circle and Pulitzer Prizes. He wrote about "the archetypal Armenian families who inhabit Saroyan country, in and around Fresno, California. [And yet with their] unpredictable charm and wacky spontaneity … his characters overflow with so much human comedy that they transcend all ethnic boundaries, as in the stories of I.B. Singer" (The Chicago Tribune).
Loading...
or support indie stores by buying on