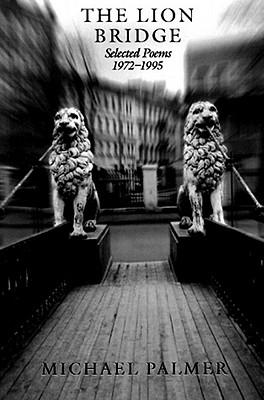 The Lion Bridge, Selected Poems 1972-1995 offers for the first time a comprehensive view of Michael Palmer's extraordinary poetry. Dense and haunting, analytic and lyrical, classical and profoundly avant-garde, Palmer's work has a matchless beauty, difficult to describe: as Common Knowledge remarked, "Even more than its music, it emanates silence." The poet himself has culled the 118 poems of The Lion Bridge from his great body of work. This generous chronological selection includes individual poems, selections from serial poems, and two complete serial poems. Together the poems form a bridge, a kind of work-biography which takes a long look at an extraordinary achievement and gives a new view of a body of work as the poet himself wishes it to be seen. It also rescues from limbo so much material that has gone out of print. The Lion Bridge presents work from seven of his books: Blake's Newton, The Circular Gates, Without Music, Notes for Echo Lake, First Figure, Sun, and At Passages.

Michael Palmer was born into an Italian-American family in Manhattan in 1943 and has lived in San Francisco since 1969.  He has taught at numerous universities in the United States, Europe and Asia, and has published translations from a variety of languages, in particular French, Brazilian Portuguese and Russian. He has been involved in joint projects with many visual artists and composers in the United States and elsewhere and has also served as an artistic collaborator with the Margaret Jenkins Dance Company for close to fifty years. Palmer's honors include two grants from the National Endowment for the Arts, a Lila Wallace-Reader’s Digest Writer’s Award, a Guggenheim Foundation fellowship, the Shelley Memorial Prize from the Poetry Society of America, and he was awarded the 2006 Wallace Stevens Award. In 1999, he was elected a Chancellor of the Academy of American Poets.
Loading...
or support indie stores by buying on