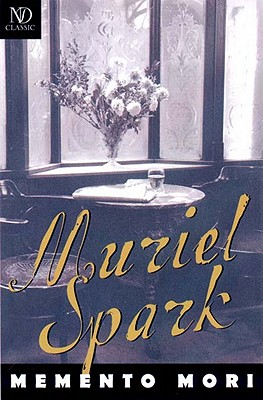 Unforgettably astounding and a joy to read, Memento Mori is considered by many to be the greatest novel by the wizardly Dame Muriel Spark.

In late 1950s London, something uncanny besets a group of elderly friends: an insinuating voice on the telephone informs each, "Remember you must die." Their geriatric feathers are soon thoroughly ruffled by these seemingly supernatural phone calls, and in the resulting flurry many old secrets are dusted off. Beneath the once decorous surface of their lives, unsavories like blackmail and adultery are now to be glimpsed. As spooky as it is witty, poignant and wickedly hilarious, Memento Mori may ostensibly concern death, but it is a book which leaves one relishing life all the more.

Muriel Spark (1918–2006) was the author of dozens of novels, including The Prime of Miss Jean Brodie, Memento Mori, A Far Cry from Kensington, The Girls of Slender Means, The Ballad of Peckham Rye, The Driver’s Seat, and many more. She became Dame Commander of the Order of the British Empire in 1993.
Loading...
or
Not Currently Available for Direct Purchase