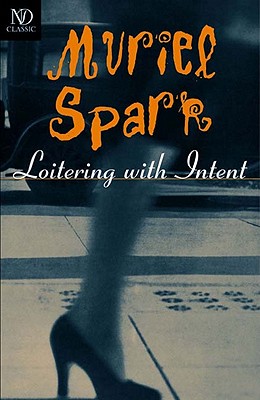 Muriel Spark in prime form: one of her most enjoyable, complex, and instructive jeux d'esprit.

"How wonderful to be an artist and a woman in the twentieth century," Fleur Talbot rejoices. Happily loitering about London, c. 1949, with intent to gather material for her writing, Fleur finds a job "on the grubby edge of the literary world," as secretary to the peculiar Autobiographical Association. Mad egomaniacs, hilariously writing their memoirs in advance—or poor fools ensnared by a blackmailer? Rich material, in any case. But when its pompous director, Sir Quentin Oliver, steals the manuscript of Fleur's new novel, fiction begins to appropriate life. The association's members begin to act out scenes exactly as Fleur herself has already written them in her missing manuscript. And as they meet darkly funny, pre-visioned fates, where does art start or reality end? "A delicious conundrum," The New Statesman called Loitering with Intent.

Muriel Spark (1918–2006) was the author of dozens of novels, including The Prime of Miss Jean Brodie, Memento Mori, A Far Cry from Kensington, The Girls of Slender Means, The Ballad of Peckham Rye, The Driver’s Seat, and many more. She became Dame Commander of the Order of the British Empire in 1993.
or
Not Currently Available for Direct Purchase
Copyright © 2020 American Booksellers Association