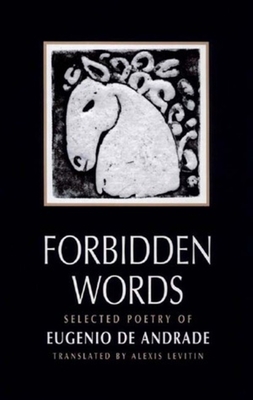 Eugenio de Andrade is the author of twenty-nine volumes of poetry as well as numerous children's books, collections of prose writings, and translations into Portuguese of Sappho, Federico Garcia Lorca, and Yannis Ritsos. Forbidden Words: Selected Poetry of Eugenio de Andrade, is based on the poet's own retrospective Antologia Breve ("Brief Anthology") of 1998, expanded and edited for English-speaking readers by his longtime translator, Alexis Levitin.

Marguerite Yourcenar spoke of "the well-tempered clavier" of Andrade's poems, Gregory Rabassa of his "succinct lyricism...summing things up in a moment, much like haiku." His verse, deeply rooted in the rural landscapes of his childhood and in the ancient Greek lyric, have the clarity of light on sand, radiating pagan intimations of immortality.

Eugénio de Andrade was born in 1923 in Povoa de Atalaia, a small village in Portugal close to the Spanish border. He published his first poem at the age of sixteen, his first book three years later. He has received every literary prize his country offers, as well as several international ones, including, by acclaim, the Portuguese language's most prestigious award, the Camoes Prize (2000), among whose previous winners are Jorge Amado and José Saramago.