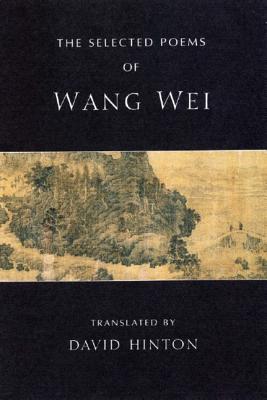 David Hinton, whose much-acclaimed translations of Li Po and Tu Fu have become classics, now completes the triumvirate of China's greatest poets with The Selected Poems of Wang Wei.

Wang Wei (701-761 C.E.) is often spoken of, with his contemporaries Li Po and Tu Fu, as one of the three greatest poets in China's 3,000-year poetic tradition. Of the three, Wang was the consummate master of the short imagistic landscape poem that came to typify classical Chinese poetry. He developed a nature poetry of resounding tranquility wherein deep understanding goes far beyond the words on the page—a poetics that can be traced to his assiduous practice of Ch'an (Zen) Buddhism. But in spite of this philosophical depth, Wang is not a difficult poet. Indeed, he may be the most immediately appealing of China's great poets, and in Hinton's masterful translations he sounds utterly contemporary. Many of his best poems are incredibly concise, composed of only twenty words, and they often turn on the tiniest details: a bird's cry, a splinter of light on moss, an egret's wingbeat. Such imagistic clarity is not surprising since Wang was also one of China's greatest landscape painters. This is a breathtaking poetry, one that in true Zen fashion renders the ten thousand things of this world in such a way that they empty the self even as they shimmer with the clarity of their own self-sufficient identity.

DAVID HINTON’s original Selected Poems of Tu Fu was the first full-length verse translation of Tu Fu published in America. The author also of singular books of essays and poetry, Hinton has been awarded a Guggenheim Fellowship, numerous N.E.A. and N.E.H fellowships, both major awards given for poetry translation in the United States, and a lifetime achievement award by The American Academy of Arts and Letters.
or
Buy Here
Copyright © 2020 American Booksellers Association