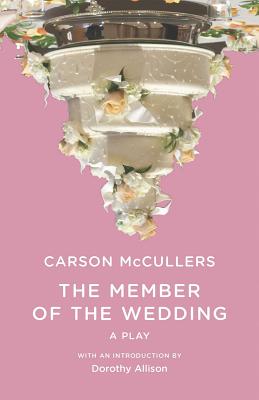 Winner of the New York Drama Critics Circle Award: At the suggestion of her friend Tennessee Williams, Southern writer Carson McCullers adapted her novella The Member of the Wedding into a touching and poignant play that was an enormous success when it opened on Broadway in 1950, and has long since become a classic of the American theater.

With compassion, veracity and wit, in The Member of the Wedding Carson McCullers depicts the intrinsically enmeshed lives of whites and blacks in the American South. Julie Harris became a star playing the awkward, twelve-year-old tomboy Frankie Adams, who falls deeply in love with her older brother and his fiance. Exhilarated by her naive conviction that being a member of their wedding means she will become what she calls the "we of me," Frankie is devastated when she learns she is not invited on the honeymoon. Bernice Sadie Brown, who has experienced a lifetime of love and loss, is a surrogate mother for Frankie. Portrayed on stage and in the film versions by the great Ethel Waters, Bernice is an epic character, fiercely loyal, down-to-earth, and centered by deep faith.

One of America's most unforgettable literary figures, Carson McCullers (1917-1967) wrote with strength and compassion about life's outcasts, their need to belong and their often isolated and anguished lives in such novels as The Heart Is a Lonely Hunter, Reflections in a Golden Eye, The Ballad of the Sad Café; and her plays, The Member of the Wedding and The Square Root of Wonderful.
Loading...
or
Not Currently Available for Direct Purchase