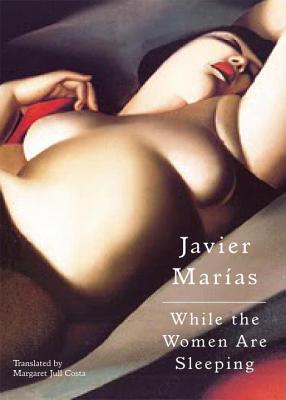 While the Women Are Sleeping

A dozen unforgettable stories by “one of the most original writers at work today” (Wyatt Mason, The New York Times Book Review).

Slippery figures in anomalous situations — ghosts, spies, bodyguards, criminals — haunt these stories by Javier Marías: the characters come bearing their strange and special secrets, and never leave our minds. In one story, a man obsessed with his much younger lover endlessly videotapes her every move, and then confides his surprising plans for her; in another a ghost can’t stop resigning from his job. Masterfully, Marías manages in a small space to perplex and delight. “The short story fits Marías like a glove,” as Le Point noted. His stories have been hailed as “formidably intelligent” (The London Review of Books), “a bracing tonic” (Chicago Tribune), and “startling” (The New York Times Book Review).


Praise For While the Women Are Sleeping…

In the space of ten or twenty pages, Marías contrives to write a novel..
— Nouvel Observateur

The most subtle and gifted writer in contemporary Spanish literature.
— The Boston Sunday Globe

These stories…transport you into another world, another time…a place where romance is as easy as breathing and spirits cry for what they’ve lost.
— Elizabeth Provenzano - Tulsa Books Examiner