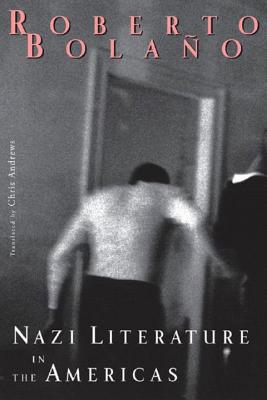 A playful and entirely original novel masquerading as a mini-encyclopedia of nonexistent Nazi literature in our hemisphere by Roberto Bolano: "his generation's premier Latin-American writer" (The New York Times).

A tour de force of black humor and imaginary erudition, Nazi Literature in the Americas presents itself as a biographical dictionary of writers who espoused extreme right-wing ideologies in the twentieth and twenty-first centuries.

Composed of short biographies about imaginary writers from Argentina, Brazil, Chile, Cuba, Columbia, Peru, Uruguay, Venezuela, and the USA, Nazi Literature in the Americas includes descriptions of the writers' works, cross references, a bibliography, and also an epilogue ("For Monsters"). All the writers are carefully and credibly situated in real literary worlds. There are fourteen thematic sections with titles such as "Forerunners and Figures of the Anti-Enlightenment," "Magicians, Mercenaries and Miserable Individuals," and "North American Poets."

Brisk and pseudo-academic, Nazi Literature in the Americas delicately balances irony and pathos. Bolano does not simply use his writers for target practice: in the space of a few pages he manages to sketch character portraits that are often pathetically funny, sometimes surprisingly moving, and, on occasion, authentically chilling. A remarkably inventive, funny, and disquieting sui generis novel, Nazi Literature in the Americas offers a clear view into the workings of one of the most extraordinarily fecund literary imaginations of our time.

This book, brilliantly and rambunctiously written, is a denunciation of homegrown fascism.
— Joshua Cohen - Forward

Award-winning translator Chris Andrews gives us ...proof that Bolano is ...one of the most important literary figures of 25 years.
— Matt Marshall - Nectar Magazine

The poet Chris Andrews teaches at the University of Western Sydney, Australia, where he is a member of the Writing and Society Research Centre. He has translated books by Roberto Bolano and César Aira for New Directions. He has won the Anthony Hecht Poetry Prize for his poetry and the Valle-Inclan Prize for his translations.
Loading...
or
Not Currently Available for Direct Purchase