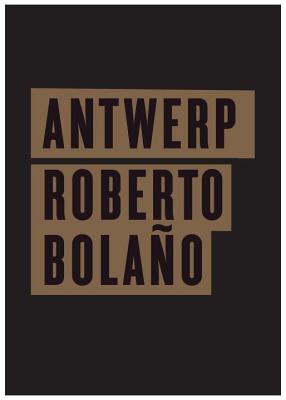 As Bolano’s friend and literary executor, Ignacio Echevarría, once suggested, Antwerp can be viewed as the Big Bang of Roberto Bolano’s fictional universe. Reading this novel, the reader is present at the birth of Bolano’s enterprise in prose: all the elements are here, highly compressed, at the moment when his talent explodes. From this springboard—which Bolano chose to publish in 2002, twenty years after he’d written it (“and even that I can’t be certain of”)—as if testing out a high dive, he would plunge into the unexplored depths of the modern novel.

Antwerp’s fractured narration in 54 sections—voices from a dream, from a nightmare, from passers by, from an omniscient narrator, from “Roberto Bolano” all speak—moves in multiple directions and cuts to the bone.

The real thing and the rarest.
— Susan Sontag

There is great value if you are already a devotee.
— Robert Birnbaum - The Morning News, Boston

Natasha Wimmer’s translation of Roberto Bolano’s 2666 won the National Book Award’s Best Novel of the Year as well as the PEN Prize.
Loading...
or
Not Currently Available for Direct Purchase