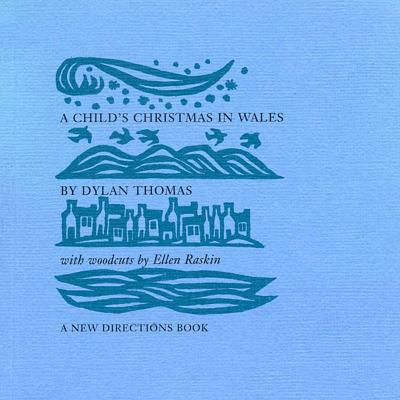 A Child's Christmas in Wales

In print for fifty years, this gem of lyric prose has enchanted both young and old from its very first edition.

Dylan Thomas, one of the greatest poets and storytellers of the twentieth century, captures a child's-eye view, and an adult's fond memories, of a magical time of presents, aunts and uncles, the frozen sea, and in the best of circumstances, newly fallen snow.


Praise For A Child's Christmas in Wales…

The perfect way to revisit the youthful excitement of Christmas, but with an appreciation that comes only with maturity.
— America

Modestly priced, this little book is destined to appear in many mailboxes in place of the usual Christmas card.
— The Advocate

Should become as much a tradition of Christmas as the wreath on the door and the tree in the window.
— The Argus

The piece continues to work beautifully, blending the mock heroics of childhood with enduring images of the annual rituals of the season.... The language is enchanting and the poetry shines with an unearthly radiance.
— The New York Times

Try it for a break from violent robots.
— The Providence Journal-Bulletin

The Welsh poet Dylan Thomas (1914–1953) was one of the greatest writers of the twentieth century. His work, noted for its lush metaphors, musicality, and playfulness within traditional forms, was largely responsible for modernizing poetic verse.
Loading...
or
Not Currently Available for Direct Purchase