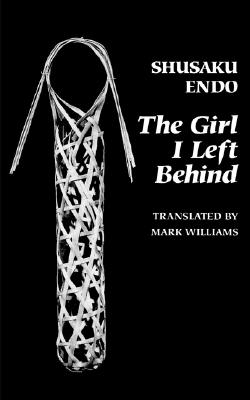 The Girl I Left Behind (Paperback)

A romance about abandonment and guilt.

Prefiguring themes of his later work, the acclaimed Japanese writer Shusaku Endo here writes of choices made by young adults learning who they are and what they want in life. Yoshioka Tstomu is a student, not much interested in his studies, short on cash and long on sexual desire. Eventually he will settle down in a career and marry his boss’s niece. Yet he begins to hear a voice in his head that sparks a memory of Mitsu, a plain, naive country girl he once took callous advantage of during his college days. The episode meant nothing to him at the time; to her it meant the world. Yoshioka’s future is assured and conventional. Mitsu, on the other hand, takes quite another path, making a Christ-like commitment to take upon herself the suffering of others.

Shusaku Endo (1923–1996) is widely regarded as one of the most important Japanese authors of the late twentieth century. He won many major literary awards and was nominated for the Nobel Prize several times. His novel Silence was recently made into a major film directed by Martin Scorsese.

Praise For The Girl I Left Behind…

This early novel by a writer who has since become to be viewed as a master has moments of sparkling intelligence and clarity.
or
Buy Here
Copyright © 2020 American Booksellers Association