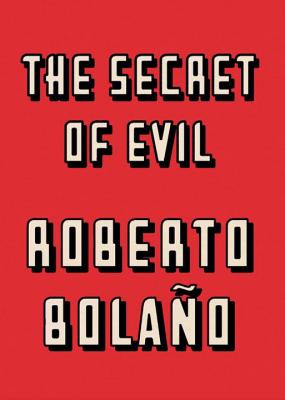 The Secret of Evil

A collection that gathers everything Bolano was working on before his untimely death.

A North American journalist in Paris is woken at 4 a.m. by a mysterious caller with urgent information. For V. S. Naipaul the prevalence of sodomy in Argentina is a symptom of the nation’s political ills. Daniela de Montecristo (familiar to readers of Nazi Literature in the Americas and 2666) recounts the loss of her virginity. Arturo Belano returns to Mexico City and meets the last disciples of Ulises Lima, who play in a band called The Asshole of Morelos. Belano’s son Gerónimo disappears in Berlin during the Days of Chaos in 2005. Memories of a return to the native land. Argentine writers as gangsters. Zombie schlock as allegory...

The various pieces in the posthumous Secret of Evil extend the intricate, single web that is the work of Roberto Bolano.

The poet Chris Andrews teaches at the University of Western Sydney, Australia, where he is a member of the Writing and Society Research Centre. He has translated books by Roberto Bolano and César Aira for New Directions. He has won the Anthony Hecht Poetry Prize for his poetry and the Valle-Inclan Prize for his translations.
Loading...
or
Not Currently Available for Direct Purchase