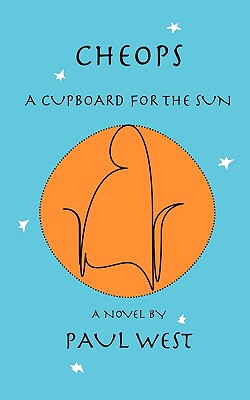 A Cupboard For The Sun

Known for wrapping readers in his historical web, Paul West, in his marvelous novel Cheops: A Cupboard for the Sun, turns his attention to the 4th Dynasty (approx. 2680 BC) of ancient Egypt. Here, we find the pharaoh Cheops, building the great pyramids at Giza, surrounded by workers and solar boats. According to the Greek historian Herodotus, “a hundred thousand men were made to toil constantly for him,” and, as Herodotus claimed, Egypt was “plunged into all manner of wickedness.’ In Cheops, West delightfully has Herodotus transported back in time, to meet the great pharaoh face to face. Nearing death, getting ready for his final “transportation to the stars,” the blind Cheops is obsessed with preparing for his end. All the while, the intrigues of his daughters, sons, wives, and courtiers are revealed, uncovering murder, incest, and rebellion. Perhaps most intriguing is the overarching narration by Osiris, god of the Nile. While managing to “pipe” the music of English composer Frederick Delius into the dying Cheops’s ears, he comments on this swarm of events with hilarious and humane authority. Profound and entertaining, Cheops: A Cupboard for the Sun is perhaps Paul West’s greatest novel yet.

Paul West was born in 1930 in England, and educated at Oxford and Columbia Universities. Besides 18 novels he is also the author of ten works of non-fiction. He has taught at Brown, Cornell, and Arizona. His honors include a 1993 Lannan Prize for Fiction, an Award in Literature from the American Academy and Institute of Arts and Letters. In 1996 the French government made him a Chevalier of the Order of Arts and Letters. He moved to the US in 1957, and presently resides in Ithaca, New York.

Praise For Cheops: A Cupboard For The Sun…

The rest of us will despair of ever being able to write prose so immaculate as that of Paul West.
or
Buy Here
Copyright © 2020 American Booksellers Association