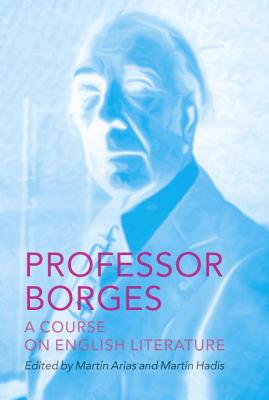 A Course on English Literature

In English at last, Borges’s erudite and entertaining lectures on English literature from Beowulf to Oscar Wilde

Writing for Harper’s Magazine, Edgardo Krebs describes Professor Borges:“A compilation of the twenty-five lectures Borges gave in 1966 at the University of Buenos Aires, where he taught English literature. Starting with the Vikings’ kennings and Beowulf and ending with Stevenson and Oscar Wilde, the book traverses a landscape of ‘precursors,’cross-cultural borrowings, and genres of expression, all connected by Borges into a vast interpretive web. This is the most surprising and useful of Borges’s works to have appeared posthumously.”


Borges takes us on a startling, idiosyncratic, fresh, and highly opinionated tour of English literature, weaving together countless cultural traditions of the last three thousand years. Borges’s lectures — delivered extempore by a man of extraordinary erudition — bring the canon to remarkably vivid life. Now translated into English for the first time, these lectures are accompanied by extensive and informative notes by the Borges scholars Martín Arias and Martín Hadis.


Praise For Professor Borges: A Course on English Literature…

Picture this: You’re an Argentine teenager, sitting in a lecture hall on the first day of classes, ready to learn about the history of English literature. In walks your kindly, elderly professor, and suddenly he starts speaking, about everything from The Dream of the Rood to Treasure Island, sometimes quoting entire paragraphs, without any notes whatsoever. He’s also blind (and has been for more than a decade). What would your reaction be?

Readers will probably find Professor Borges more enthralling as a document of Borges himself than as a guide to English literature. Borges’s vast erudition is felt everywhere in these pages, and he is at his best when he digresses.

— Will Glovinsky - The Rumpus

Borges’ delivery will engross you — he is an excellent storyteller.
— New York Daily News

Martín Hadis is a professor, writer, and researcher.

Martín Arias is a writer, journalist, and senior researcher at the National Library's Center for Research in Argentina.
Loading...
or
Not Currently Available for Direct Purchase