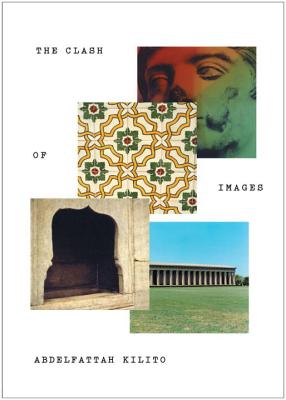 The Clash of Images

A moving, memoiristic short-story collection by a venerated Moroccan writer about growing up during a time of cultural upheaval.

“Reading Kilito has always been, for me, an adventure. Kilito dares the reader to travel with him, riding over the frontiers between fiction and reality, between literary criticism and storytelling. He is a writer with his own personal library; a reader who invents an imaginary present out of fragments drawn from the past. The Clash of Images is a marvelous book, a mysterious alchemy of tale and teller. This student of Roland Barthes proves the French master’s point: every critic could be a novelist in disguise.”—Elias Khoury, author of Gate of the Sun

Abdelfattah Kilito’s The Clash of Images is an enchanting collection of linked stories set in a coastal city of memories. It is a time when the old Arabic world of texts and oral traditions is making way for something new—the modern era of the image, the comic book, photo IDs, and the cinema. Together, the stories form a kaleidoscopic memoir of growing up in two worlds, a brilliant mixture of cultural and family history. Here are tales of first kisses and first reads, Tintin and the Prophet Muhammad, fantasies of the Wild West, the inferno of the bathhouse, and the lost paradises of childhood. The Clash of Images is a magic lantern of a book, a celebration of storytelling and all its pleasures that is beautifully translated by Robyn Creswell, who won a PEN Translation Fund Award for this collection.


Praise For The Clash of Images…

The Clash of Images will force American readers to question their understanding of the images that pervade our society and the power they exercise in our lives.

Reading Kilito for me has always been a kind of adventure. We normally speak of writing as an adventure, but Kilito dares his reader to travel with him, on a quest to override the boundaries between reality and fiction, between literary criticism and storytelling. The Clash of Images is a marvelous book. Its power lies in its ability to create a magical relation between storytelling and critical thought.

Abdelfattah Kilito was born in Rabat, Morocco, in 1945. He has received the Great Moroccan Award (1989), the French Academy Award (1996), and the Sultan Al Owais Prize for Criticism and Literature Studies (2006).

A critic, translator, and scholar, Robyn Creswell is currently the poetry editor for the Paris Review and assistant professor of comparative literature at Yale.
Loading...
or
Not Currently Available for Direct Purchase