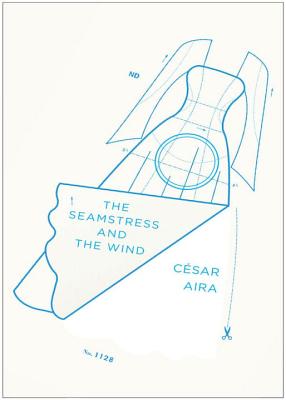 The Seamstress and the Wind

As he runs wildly amok, Aira captures childhood’s treasures — the reality of the fable and the delirium of invention — in this hilariously funny book.

The Seamstress and the Wind is a deliciously laugh-out-loud-funny novel. A seamstress who is sewing a wedding dress for the pregnant local art teacher fears that her son, while playing in a big semitruck, has been accidentally kidnapped and driven off to Patagonia. Completely unhinged, she calls a local taxi to follow the semi in hot pursuit. When her husband finds out what’s happened, he takes off after wife and child. They race not only to the end of the world, but to adventures in desire — where the wild Southern wind falls in love with the seamstress, and a monster child takes up with the truck driver. Interspersed are Aira’s musings about memory and childhood, and his hometown of Coronel Pringles, with a compelling view of the hard lot of this working-class town, situated not far from Buenos Aires.


Praise For The Seamstress and the Wind…

A first reaction to this virtuosic confection is to delight in its cascade of images and the sheer craziness of a roller-coaster sequence of events that all seem so plausible. César Aira, an Argentine writer of fiction and literary criticism, is the obvious heir to Jorge Luis Borges. Along with a daring sense of fun, Aira has a playful imagination and the ability to spin a yarn as intricate as a spider’s web.
— Eileen Battersby - The Irish Times

His brutal humor and off-kilter sense of beauty make his stories slip
down like spiked cream puffs.
— Natasha Wimmer - The New York Times

Aira is firmly in the tradition of Jorge Luis Borges and W. G. Sebald,
those great late modernists for whom fiction was a theater of ideas.
— Mark Doty - The Los Angeles Times

Aira’s voice is clear, his characters are palpable, and his ideas —elucidations on literary theory, existential ruminations, and thought experiments — are evocative and infectious.
— Cristóbal McKinney - ZYZZYVA

Once you start reading Aira, you don’t want to stop.
— Roberto Bolaño


Rosalie Knecht won a Fulbright to work closely with César Aira on the translation of The Seamstress and the Wind.
Loading...
or support indie stores by buying on