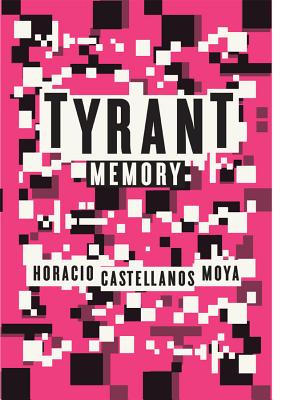 Castellanos Moya’s most thrilling book to date, about the senselessness of tyranny.

The tyrant of Horacio Castellanos Moya’s ambitious new novel is the actual pro-Nazi mystic Maximiliano Herna´ndez Marti´nez — known as the Warlock — who came to power in El Salvador in 1932. An attempted coup in April, 1944, failed, but a general strike in May finally forced him out of office. Tyrant Memory takes place during the month between the coup and the strike. Its protagonist, Hayde´e Aragon, is a well-off woman, whose husband is a political prisoner and whose son, Clemente, after prematurely announcing the dictator’s death over national radio during the failed coup, is forced to flee when the very much alive Warlock starts to ruthlessly hunt down his enemies. The novel moves between Hayde´e’s political awakening in diary entries and Clemente’s frantic and often hysterically comic efforts to escape capture. Tyrant Memory — sharp, grotesque, moving, and often hilariously funny — is an unforgettable incarnation of a coun- try’s history in the destiny of one family.

Brilliantly funny and unsettling. Despite his estrangement from his country and his merciless criticism of it, he has put El Salvador on the literary map, giving it an international existence.
— Natasha Wimmer - The Nation

A welcome, eye-opening addition to this new literature of the Latin American nightmare.
— Anderson Tepper - Time Out New York

In Tyrant Memory, Castellanos Moya’s ambitious and deft handling of his characters’ stories and political milieus reveal a writer unparalleled in his ability to portray the anxieties and messy complexities of political and personal turmoil.

Tyrant Memory stands out because of its scrupulous evocation of an atmosphere of conspiracy and its use of historical events.

The only writer of my generation who knows how to narrate the horror, the secret Vietnam that Latin America was for a long time.
— Roberto Bolan~o

Castellanos Moya can be a brilliant practitioner of edge of collapse, culling searing narratives of exile and estrangement.
— Julia Haav - Three Percent