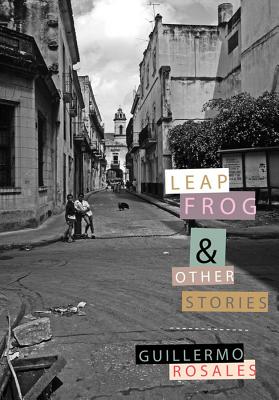 Leapfrog depicts one summer in the life of a very poor young boy in Havana ofthe late ’50s. He has superhero fantasies, hangs around with the neighborhood kids, smokes cigarettes, tells very lame jokes: “By the way, do you know who died? No. Someone who was alive. Laughter.” The kids fight, discuss the mysteries of religion and sex, and play games — such as leapfrog. So vivid and so very credible, Leapfrog reads as if Rosales had simply transcribed everything that he’d heard or said for this one moving and touching book about a lost childhood.

Leapfrog was a finalist for Cuba’s prestigious Casa de las Americas award in 1968. Years later, Rosales’s sister told The Miami Herald that Rosales felt he hadn’t won the prize because his book lacked sufficient leftist fervor, and that subtle critiques of cruel children and hypocritical adults throughout the playful recollections had clearly “rankled” state officials. In the end the novel never appeared in Cuba. It was first published in Spain in 1994, a year after Rosales’s death.

Guillermo Rosales (b. Cuba 1946 – d. Miami, 1993) grew up in revolutionary Cuba where his father served in Cuba’s diplomatic corps. He became a journalist and then a promising novelist. Yet, his work was denounced as “morose, pornographic,and irreverent” by the Communist Party, which led to his first nervous breakdown. Forced to leave the country for Miami, he suffered from schizophrenia, was in and out of psychiatric wards, then tragically, after destroying most of his unpublished manuscripts, shot himself at age 47.


Anna Kushner was born in Philadelphia and first traveled to Cuba in 1999. Beside her “commanding translation” (Words Without Borders) of The Halfway House (ND, 2009), her writing and translations have appeared in numerous other print and web publications.
or
Not Currently Available for Direct Purchase
Copyright © 2020 American Booksellers Association