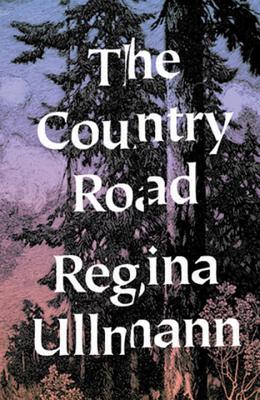 Although a famous Swiss author, Regina Ullmann has never appeared before in English: her oracular, strange, singular voice astonishes.

Never before in English, Regina Ullmann's work is distinctive and otherworldly, resonant of nineteenth-century village tales and of authors such as Adalbert Stifter and her contemporary Robert Walser. In the stories of The Country Road, largely set in the Swiss countryside, the archaic and the modern collide, and "sometimes the whole world appears to be painted on porcelain, right down to the dangerous cracks." this delicate but fragile beauty, with its ominous undertones, gives Ullmann her unique voice.


Praise For The Country Road: Stories…

A pure poetic talent: everything is full of mystery.
— Hermann Hesse

To read your book for me is such a multiplicity of joys that I can only gradually cope with it.
— Rainer Maria Rilke, in a letter to Regina Ullmann

Regina Ullmann has a sense of authenticity and a touch of genius.
— Robert Musil

Her voice is something holy.
— Thomas Mann

Ullmann delicately balances each of her characters’ emotions on a pinpoint, presenting both the beauty and fragility of every momentary feeling.
— Jan Anspach - Words Without Borders

It’s as if Ullmann takes biblical wisdom literature, strips it of all moral judgment, and then spins it with rotating moments of natural bliss and existential fear.
— Jonathan Sturgeon - Flavorwire

Admired by Thomas Mann, Hermann Hesse, and particularly Rainer Maria Rilke, Regina Ullmann became famous with the 1921 publication of this collection.  After a difficult life (“I went by the detour instead of by the way”), she died in 1961.

In 2010 Kurt Beals was a finalist for the Best Translated Book Award for Anja Utler's engulf–enkindle, and in 2012 he won the first ever German Book Office Translation Prize. His translation of Regina Ullmann's The Country Road was published by New Directions in 2015.
Loading...
or
Not Currently Available for Direct Purchase