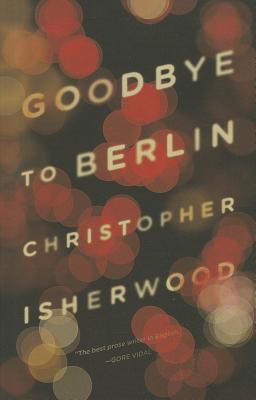 Isherwood's classic story of Berlin in the 1930s - and the inspiration for Cabaret - now in a stand-alone edition.

First published in 1934, Goodbye to Berlin has been popularized on stage and screen by Julie Harris in I Am a Camera and Liza Minelli in Cabaret. Isherwood magnificently captures 1931 Berlin: charming, with its avenues and cafés; marvelously grotesque, with its nightlife and dreamers; dangerous, with its vice and intrigue; powerful and seedy, with its mobs and millionaires — this was the period when Hitler was beginning his move to power. Goodbye to Berlin is inhabited by a wealth of characters: the unforgettable and “divinely decadent”Sally Bowles; plump Fraulein Schroeder, who considers reducing her Buste relieve her heart palpitations; Peter and Otto, a gay couple struggling to come to terms with their relationship; and the distinguished and doomed Jewish family, the Landauers.


Praise For Goodbye to Berlin…

Sally Bowles took center stage in the book’s musical adaptation, Cabaret, but the theatrical version can’t match the power and richness of the original.
— Time (100 Best English-Language Novels of the 20th-Century)

In Isherwood's work, a magic potion of history and invention, the voice is clear, and, no matter how many times we hear it, it always seems to be speaking for the first time.
— Howard Moss - The New York Times Book Review

Christopher Isherwood (1904-1986), perhaps the first major openly gay writer to be read extensively by a wider audience, was one of the most distinguished authors of the twentieth century. His literary friendships encompassed such writers as W. H. Auden, E. M. Forster, Stephen Spender, Tennessee Williams, Truman Capote, and Somerset Maugham.
Loading...
or support indie stores by buying on