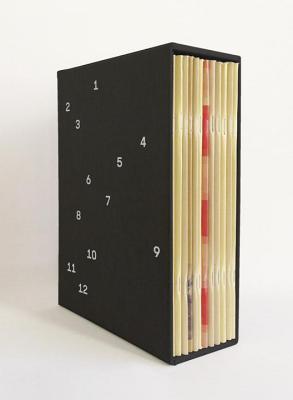 This boxed set of the first twelve collections in the New Directions Poetry Pamphlet series contains:

Oliverio Girondo's Poems to Read on a Streetcar

Osama Alomar was born in Damascus, Syria in 1968 and now lives in Chicago. A poet, short-story writer, and musician, Alomar is the author of three collections of short stories and a volume of poetry. He is a regular contributor to various newspapers and journals within the Arab world.

Lydia Davis is the author of one novel and seven story collections. Her collection Varieties of Disturbance: Stories was a finalist for the 2007 National Book Award. She is the recipient of a MacArthur fellowship, the American Academy of Arts and Letters’ Award of Merit Medal, and was named a Chevalier of the Order of the Arts and Letters by the French government for her fiction and her translations of modern writers, including Maurice Blanchot, Michel Leiris, and Marcel Proust. Lydia Davis is the winner of the 2013 Man Booker International Prize.

A feminist icon as well as a major twentieth-century poet, H. D. (the pen name of Hilda Doolittle, 1886–1961) wrote several volumes of poetry, fiction, and nonfiction and was an exquisite translator of classical Greek drama.

In 1953 Lawrence Ferlinghetti cofounded City Lights, the first paperback bookstore in the United States, a Mecca for millions. His Coney Island of the Mind is one of the best-selling volumes of poetry by any living American poet. Born in Yonkers, New York, in 1919, Ferlinghetti has received the Robert Frost Memorial Medal and the first Literarian Award of the National Book Foundation.

FORREST GANDER lives in northern California and has published books of poems, translations, and essays. He has won numerous awards, including the Pulitzer Prize for Be With, and the Best Translated Book Award, as well as fellowships from the Library of Congress, the Guggenheim Foundation, and United States Artists.


Oliverio Girondo was born in Buenos Aires, Argentina in 1891, and the author of seven innovative books of poetry. He traveled often to Europe where he forged ties with the French Symbolists and the Spanish avant-garde. Girondo eventually died from injuries sustained in a 1964 car accident in 1967.

Sylvia Legris was born in Winnipeg, Manitoba, and now lives in Saskatoon, Saskatchewan. Her poems have appeared in the New Yorker, Conjunctions, and Granta, and her third collection of poetry, Nerve Squall, won the 2006 Griffin Poetry Prize.

Called “a consummate poet” by Robert Creeley, Bernadette Mayer was born in Brooklyn, New York, in 1945. A most prolific poet, her first book was published at the age of twenty-three. Many texts later she continues to write progressive poetry from her home in East Nassau, New York. For many years Mayer lived and worked on the Lower East Side of Manhattan where she was the Director of St. Mark’s Poetry Project from 1980-1984. Bernadette Mayer has received grants and awards from PEN American Center, The Foundation for Contemporary Performance Art, the NEA, The Academy of American Poets, and The American Academy of Arts and Letters.

The American poet Nathaniel Tarn was born in Paris in 1928 and emigrated to the US in 1970, where he has lived ever since, mostly in the New Mexican desert. A leading anthropologist for many years and a pioneering translator of Pablo Neruda and Victor Segalen, Tarn, “one of the most outstanding poets of his generation” (Kenneth Rexroth), has published more than thirty books of poetry, essays, and translations—including most recently, The Beautiful Contradictions and Ins and Outs of the Forest Rivers, both available from New Directions.

Eliot Weinberger is an essayist, editor, and translator. He lives in New York City.
Loading...
or
Not Currently Available for Direct Purchase