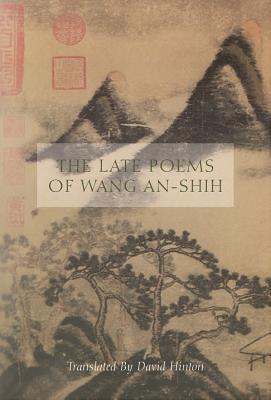 The Late Poems of Wang An-Shih

A selection of poems by the ancient Chinese poet and statesman Wang Ah-Shih, translated by David Hinton.

Wang An-shih (1021-1086 C.E.) was a remarkable figure—not only one of the great Sung Dynasty poets, but also the most influential and controversial statesman of his time. Although Wang had little interest in the grandeur of high office and political power, he took the responsibility of serving the people seriously. He rose to become prime minister, and in this position he instituted a controversial system of radically egalitarian social reforms to improve the lives of China’s peasants. Once those reforms were securely in place, Wang retired to a reclusive life of artistic and spiritual self-cultivation.

It was after his retirement, practicing Ch'an (Zen) Buddhism and wandering the mountains around his home, that Wang An-shih wrote the poems that made his reputation. Short and plainspoken, these late poems contain profound multitudes–the passing of time, rivers and mountains, silence and Buddhist emptiness. They won him wide acclaim in China and beyond across the centuries. And in Hinton's breathtaking translations, Wang feels like a major contemporary poet with deep ecological insight and a questioning spirit.


Praise For The Late Poems of Wang An-Shih…

David Hinton's music is subtle, modulated, and does not slacken with either contemporary or classic. He has listened to the individual tone of each poet, and his craft is equal to his perception.
— Rosmarie Waldrop - citation for the Harold Morton Landon Translation Award

David Hinton has managed to find his own way through the rivers and mountains of medieval Chinese verse re-imagining the poems themselves as subtle soundscapes suspended in us.
— citation for the PEN Poetry in Translation Award

Wang's poetry possesses the power to transport the reader to another time and place.
— John Bradley - Rain Taxi

Wang An-Shih was a Chinese economist, statesman, chancellor and poet of the Song Dynasty.

DAVID HINTON’s original Selected Poems of Tu Fu was the first full-length verse translation of Tu Fu published in America. The author also of singular books of essays and poetry, Hinton has been awarded a Guggenheim Fellowship, numerous N.E.A. and N.E.H fellowships, both major awards given for poetry translation in the United States, and a lifetime achievement award by The American Academy of Arts and Letters.
Loading...
or
Not Currently Available for Direct Purchase