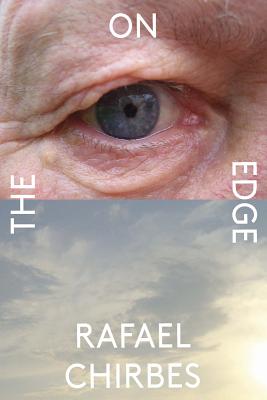 On the Edge opens with the discovery of a rotting corpse in the marshes on the outskirts of Olba, Spain—a town wracked by despair after the burst of the economic bubble, and a microcosm of a world of defeat, debt, and corruption. Stuck in this town is Esteban—his small factory bankrupt, his investments stolen by a “friend,” and his unloved father, a mute invalid, entirely his personal burden. Much of the novel unfolds in Esteban’s raw and tormented monologues. But other voices resound from the wreckage—soloists stepping forth from the choir—and their words, sharp as knives, crowd their terse, hypnotic monologues of ruin, prostitution, and loss.


Chirbes alternates this choir of voices with a majestic third-person narration, injecting a profound and moving lyricism and offering the hope that a new vitality can emerge from the putrid swamps. On the Edge, even as it excoriates, pulsates with robust life, and its rhythmic, torrential style marks the novel as an indelible masterpiece.


Praise For On the Edge…

This is the great novel of the crisis. The corrosive voice of Rafael Chirbes paints a portrait of a universe of unemployment and disappointment—the long hangover that follows the party of corruption.
— El Pai´s

On the Edge, Chirbes’s masterpiece, arrives as a message in a bottle among all the cans, rusting appliances, and tangled tackle. The fumes of the lagoon mix with the lingering sulfur of the Atocha railway-station bombing; the Spanish economy has all but collapsed. Who, or what, is to blame? Chirbes’s novel accuses everyone.

Rafael Chirbes’s On the Edge is a novel for our time.

Chirbes, one of Spain’s premier writers, is at his best when fully immersed, as he is in this novel. If Proust and an Old Testament prophet had collaborated to write about Spain’s recession, it might have been something like the writing here—agonized, dense, full of rage, and difficult to forget.
— Publishers Weekly

Easily one of the year's finest and most important work, Chirbes's ON THE EDGE stands out as a marvel of what fiction is capable of dong (and, oh, that inescapable cover!).
— Jeremy Garber - Three Percent

Utterly convincing in its psychological details, but also memorable for the beauty of its writing and rhythms.
— Colm To´ibi´n

On the Edge is masterful, a centrifugal novel with sentences like sticky tentacles that clutch onto readers and suck them into a swirling, tempestuous, pulsating center.

Rafael Chirbes is one of the greatest European authors of our time.
— Le Monde

Literature, as Adorno once said, is a clock that keeps ticking. But it is also the best tool for understanding the world when reality is torn to shreds. Both rules are strictly complied with by great authors. And Rafael Chirbes is one of them.
— El Mundo

Rafael Chirbes (1949-2015) wrote ten novels and received the National Prize for Literature and the Critics Prize for On the Edge. ABC named him “the best writer of the twenty-first century in Spain."

Valerie Miles, an editor, writer, translator, and professor, is the cofounding editor of the literary journal Granta in Spanish.
Loading...
or
Not Currently Available for Direct Purchase