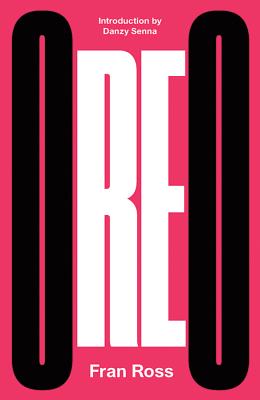 A pioneering, dazzling satire about a biracial black girl from Philadelphia searching for her Jewish father in New York City

Oreo is raised by her maternal grandparents in Philadelphia. Her black mother tours with a theatrical troupe, and her Jewish deadbeat dad disappeared when she was an infant, leaving behind a mysterious note that triggers her quest to find him. What ensues is a playful, modernized parody of the classical odyssey of Theseus with a feminist twist, immersed in seventies pop culture, and mixing standard English, black vernacular, and Yiddish with wisecracking aplomb. Oreo, our young hero, navigates the labyrinth of sound studios and brothels and subway tunnels in Manhattan, seeking to claim her birthright while unwittingly experiencing and triggering a mythic journey of self-discovery like no other.

Oreo buzzes with whip-smart comic ferocity. The book is just goddamn funny. Oreo laughs in the face of the American one-drop ideal of whiteness that produces Oreos in the first place. It revels in yet mocks its own hybridity, and that of the characters. It pulls off the unique trick of slapping white supremacy in the face, while never letting go of the ideal of (and the desire for) whiteness itself. The novel’s constant dialectical tension recalls jazz itself. Free jazz, intentionally playing with poetry and cacophony, music and noise, meaning and nonsense, black and Jewish. It’s a novel that reads as the smartest and wildest conversation you’ve ever had, with the friend that’s too smart for her own good. Oreo’s time is most certainly now. Because, more than ever, with the real world skidding off into madness, absurdity and chaos, this crazy, sexy, cool novel now makes perfect sense.

A brilliant and biting satire, a feminist picaresque, absurd, unsettling, and hilarious ... Ross' novel, with its Joycean language games and keen social critique, is as playful as it is profound. Criminally overlooked. A knockout.
— Kirkus (Starred Review)

Setting out from her black household in Philadelphia to find her deadbeat Jewish father in New York, [Oreo] proceeds through one of the funniest journeys ever, amid a whirlwind of wisecracks in a churning mix of Yiddish, black vernacular, and every sort of English.
— Danielle Dutton - The Guardian

What a rollicking little masterpiece this book is, truly one of the most delightful, hilarious, intelligent novels I’ve stumbled across in recent years, a wholly original work written in a wonderful mashed-up language that mixes high academic prose, black slang and Yiddish to great effect. I must have laughed out loud a hundred times, and it’s a short book, just over 200 pages, which averages out to one booming gut-laugh every other page.
— Paul Auster - The New York Times

Oreo is one of the funniest books I've ever read. To convey Oreo's humor effectively, I would have to use the comedic graphs, menus, and quizzes Ross uses in the novel. So instead, I just settle for, 'You have to read this.'

It took me two years to "feel" Wu Tang's first album, even longer to appreciate Basquiat, and I still don't get all the fuss over Duke Ellington and Frank Lloyd Wright. But I couldn't believe Oreo hadn't been on my cultural radar.

The novel will endure, greeting each new generation of readers with its continuing relevance.
— Amanda Sarasien - The Literary Review

This is a novel that refuses to be categorized or tamed in any way.
— Bookforum

Oreo has snap and whimsy to burn. It’s a nonstop outbound flight to a certain kind of readerly bliss. It may have been first published more than 40 years ago, but its time is now.

This novel has wings.
— Dwight Garner - The New York Times

I wish that more writers writing today would be as outrageous, irreverent, and just flat-out funny about race as Fran Ross was in Oreo almost fifty years ago.

Fran Ross (1935–1985) grew up in Philadelphia. She wrote Oreo while working as a proofreader and journalist, and then moved to Los Angeles to write for Richard Pryor.

Danzy Senna is the author of five critically acclaimed books of fiction and nonfiction, including New People, Where Did You Sleep Last Night, and Caucasia.

Harryette Mullen, a professor of English at UCLA, is the author of six collections of poetry, most recently Recyclopedia, which won a PEN Beyond Margins Award