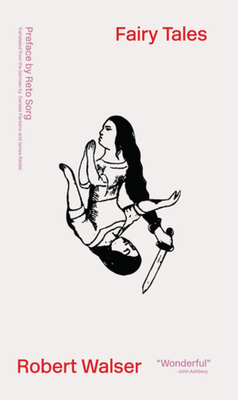 Snow White forgives the evil queen for trying to kill her, Cinderella doubts her prince and enjoys being hated by her evil stepsisters; the Fairy Tale itself is a character who encourages her to stay within the confines of the story. Sleeping Beauty, the royal family, and its retainers are not happy about being woken from their sleep by an absurd, unpretentious, Walser-like hero. Mary and Joseph are taken aback by what lies in store for their baby Jesus.

JAMES REIDEL is a poet, translator, editor, and biographer.

RETO SORG is the Director of the Robert Walser Centre in Bern.

One of the most profound creations and one that is enough on its own to explain why the most powerful of all writers was a favorite author of the merciless Franz Kafka.
— Walter Benjamin

A Paul Klee in prose—as delicate, as shy, as haunted. A cross between Stevie Smith and Beckett.
— Susan Sontag

If he had a hundred thousand readers, the world would be a better place.
— Hermann Hesse
or
Buy Here
(This book is on backorder)
Copyright © 2020 American Booksellers Association