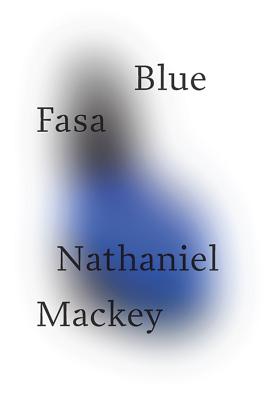 A stellar new collection of poems by “the Balanchine of the architecture dance” (The New York Times), and winner of the National Book Award in poetry.

Nathaniel Mackey’s sixth collection of poems, Blue Fasa, carries forward what the New Yorker has described as the “mythological conception” and “descriptive daring” of his two intertwined serial poems. A long song that's one and more than one, this collection takes its title from two related black musical traditions, a West African griot epic as told by the Fasa, a clan in ancient Ghana, and trumpeter Kenny Dorham’s hard bop classic “Blue Bossa,” influenced by the emergence of Brazilian bossa nova. The book opens with the catch of the heart and the call of romance, as it follows a band of travelers, refugees from history, on their incessant migrations through time, place, and polity toward a truer sense of being and belonging.

Nathaniel Mackey's poetry ambitiously continues an American bardic line that unfolds from Leaves of Grass to Pound's Cantos to H.D.'s Trilogy to Olson's The Maximus Poems, winds through the whole of Robert Duncan's work, and extends beyond all of these. Mackey's words go where music goes: a brilliant and major accomplishment.

Mackey, winner of the 2006 National Book Award for poetry, “continues Nod House’s continuation of Splay Anthem and the work that came before it” as he extends two interwoven and ongoing serial poems: Song of Andoumboulou and “Mu.” Commanding in their cerebral and musical reach, the poems do not require knowledge of previous installments, though hints to the themes here are found in the collection’s title, which references the West African griot tradition and jazz trumpeter Kenny Dorham’s song “Blue Bossa.” Mackey’s epic mode is one in which place, time, and personae collide and shapeshift, rendering a definitive origin or conclusion somewhat irrelevant. [...] What exists always exists in relationship to its negation, opening an elastic space in which form and dissolution maintain a fast­ paced, flexible dialectic dance. Mackey tracks a knowledge “gone by the time we heard/ it, galactic light’s late arrival/ an acoustic stand­in, light­year­ like/ but shrunken. Moment’s remit/ an/ odd sonic perfume.” The book itself follows in this pattern of continual departures, sustained in Mackey’s remarkable erudition and singular lyric virtuosity.

Nathan Mackey's ongoing serial projects in poetry and prose over the past three and a half decades arrow among the great wonders of our literary moment.
— Robert Polito - Poetry Foundation

Nathaniel Mackey is a poet of ongoingness involved in a king of spiritualist or cosmic pursuit.
— Edward Hirsch - The Washington Post

Nathaniel Mackey was born in Miami, Florida in 1947. He is the author of several books of poetry, fiction, and criticism, and has received many awards for his work, including the National Book Award in poetry for Splay Anthem, the Stephen Henderson Award from the African American Literature and Culture Society, and the Bollingen Prize from the Beinecke Library at Yale University. Mackey is the Reynolds Price Professor of English at Duke University, and edits the literary journal Hambone.