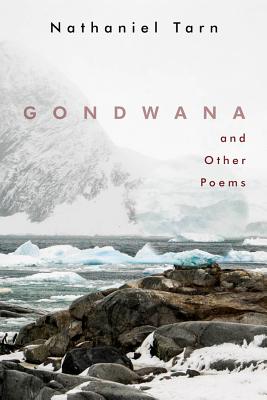 Gondwana: an ancient supercontinent long-dispersed into fragments in the Southern Hemisphere. Contemplating this once-massive landmass at the the end of the world while looking out at the ethereal blue ice of Antarctica, Nathaniel Tarn writes: “They said back then / there was a frozen continent / in those high latitudes encircling the globe: /are you moving toward it?” The various parts of Gondwana cohere into a unified whole that celebrates bird flight, waves, and innervating light while warning against environmental calamity. Some poems celebrate the New Mexican desert as it becomes a place of protest against the invasion of Afghanistan; in another, the rising and falling stairs at Fez in Morocco meld into a meditation on marriage, empire, and the origins of climbing. Elsewhere the heroic fighter pilot Lydia Litvyak is personified as Eurydice speaking to her Captain as Orpheus; and in the final long section, “Exitus Generis Humani,” lines pour over the reader in slow, mournful, yet often humorous, song, revealing “the poets’ hearts are a world’s heart” as the human race ends and whole armies sink into the earth “yearning for mother love.” Celebrated as a poet where “inquiry and ethical action are imperative” (Joseph Donahue, Jacket2), Nathaniel Tarn has lifted up a mind-heart mirror of our contemporary existence in Gondwana and warns us of a definitive ending if we do not demand radical change.

In
book after book, Nathaniel Tarn has traced the feelings, thoughts, and rituals
that establish what and where we think we are.
— Joseph Donahue - First Intensity

Tarn’s
lessons [are] delivered as though by the Ancient Mariner. He treats
poetry as the apposite medium for dealing with such large concerns as
ecology, cosmology, war, memory, and apocalypse... An original.
— Hudson Review

For
Tarn, human truth is an inseparable union of physicality and spirituality, the
sexual wisdom of the body uniting with and being penetrated by the
psychological gifts of the shaman and the scientist, the poet and the priest.
— Laverne Frith - New York Journal of Books

While poetry is narrowing its concerns, Tarn
risks a scale epic enough to contain mountains and oceans. He keeps his lines
of communication open to more than one life form; with a prophetic sureness of
direction.
— Geoffrey O’Brien - Village Voice

The American poet Nathaniel Tarn was born in Paris in 1928 and emigrated to the US in 1970, where he has lived ever since, mostly in the New Mexican desert. A leading anthropologist for many years and a pioneering translator of Pablo Neruda and Victor Segalen, Tarn, “one of the most outstanding poets of his generation” (Kenneth Rexroth), has published more than thirty books of poetry, essays, and translations—including most recently, The Beautiful Contradictions and Ins and Outs of the Forest Rivers, both available from New Directions.
Loading...
or
Not Currently Available for Direct Purchase