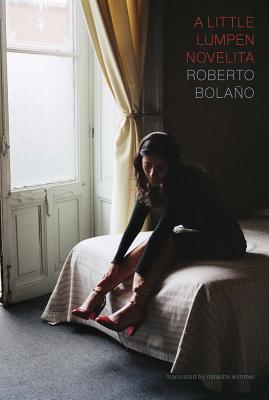 Published in Spain just before Bolano’s death, A Little Lumpen Novelita percolates with a fierce and tender love of women

“Now I am a mother and a married woman, but not long ago I led a life of crime”: so Bianca begins her tale of growing up the hard way in Rome. Orphaned overnight as a teenager—“our parents died in a car crash on their first vacation without us”—she drops out of school, gets a crappy job, and drifts into bad company. Her younger brother brings home two petty criminals who need a place to stay. As the four of them share the family apartment and plot a strange crime, Bianca learns how low she can fall. Electric, tense with foreboding, and written in jagged, propulsive chapters, A Little Lumpen Novelita delivers a surprising, fractured fable of seizing control of one’s fate.


Praise For A Little Lumpen Novelita…

A Little Lumpen Novelita, while short, is among Bolano’s most intoxicating works. Obsessive and ambiguous, its open-ended nature is reflective not only of the protagonist but of the author himself. And it further cements him as a master of the form, of any form.

One of the best books of the year—A Little Lumpen Novelita feels as substantial as a book three times as long.… This is a glittering gem, as maddening and haunting as you’d expect from Bolano.

A Little Lumpen Novelita may be Bolano’s best trick, and greatest gift, ever.

As for Bolaño, what can one say? One of our greatest writers, a straight colossus.
— Junot Díaz

Natasha Wimmer’s translation of Roberto Bolano’s 2666 won the National Book Award’s Best Novel of the Year as well as the PEN Prize.
Loading...
or support indie stores by buying on