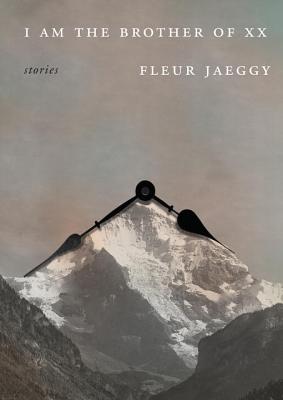 I Am the Brother of XX


Praise For I Am the Brother of XX…

Jaeggy's astute compression of narrative detail is at once serene and startling. Beneath a placid, opalescent surface lurks a threat or violence that may or may not be realized, but which contributes to the profound impression that people and their lives are unpredictable, coursing with icy, barren wildness.
— Los Angeles Review of Books

Swiss-Italian
Jaeggy, a master of the short form, again creates something
unforgettable with these otherworldly stories, translated by Gini
Alhadeff. They frame haunting, dreamlike moments: a 13th-century woman
senses the taste of “Christ’s foreskin … tender as egg skin and
very sweet”; an orphan burns alive the aristocrat who took her in “for
the blasted glory of it”; a family is cursed by a possessed mandrake
root. Told in Jaeggy’s characteristically jagged prose, these dark
stories of madness, loss and murder are urgent and evocative. Central to
each are surreal images reminiscent of paintings by Leonora Carrington
or Max Ernst: “her hands, like the claws of a crustacean, clutched at a
little mound of dust”. This is an intensely beautiful and original
collection that bristles with a strange and often disturbing magic.
— Claire Kohda Hazelton - The Guardian

Startling and original—so disturbing and so haunting.
— Cathleen Schine - The New York Review of Books

This book is twisted and hypnotizing and, somehow, downright lovely.
Reading it is not unlike diving naked and headlong into a bramble of
black rosebushes, so intrigued you are by their beauty: it’s a swift,
prickly undertaking, and you emerge the other end bloodied all over.
— Daniel Johnson - the Paris Review

Jaeggy seems to have crushed a glass in her palm and tweezed out a few shards for the page. Her prose is indeed extraordinary...it is also frightening.
— Sasha Archibald - The Rumpus

Gini Alhadeff won the 2018 Florio Prize for her translation of Fleur Jaeggy’s I am the Brother of XX.