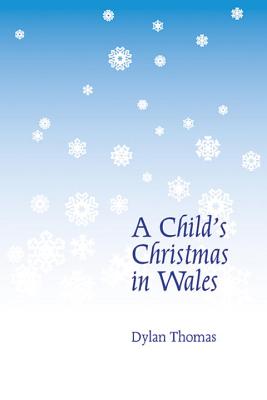 A Child's Christmas in Wales

This gem of lyric prose has enchanted both young and old for over half a century and is now a modern classic. Dylan Thomas (1914–1953), one of the greatest poets and storytellers of the twentieth century, captures a child’s-eye view and an adult’s fond memories of a magical time of presents, aunts and uncles, the frozen sea, and in the best of circumstances, newly fallen snow.


Praise For A Child's Christmas in Wales…

A merrier and more pungent celebration of the season for family reading aloud has not been written in our time.
— The Nation

Surely this Christmas story ranks among the great experiences of the language.
— Harper’s Magazine

The language is enchanting and the poetry shines with an unearthly radiance.
— The New York Times

The Welsh poet Dylan Thomas (1914–1953) was one of the greatest writers of the twentieth century. His work, noted for its lush metaphors, musicality, and playfulness within traditional forms, was largely responsible for modernizing poetic verse.
Loading...
or support indie stores by buying on