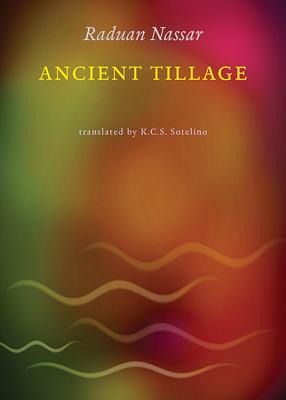 A Brazilian master novelist in English at last

For André, a young man growing up on a farm in Brazil, life consists of “the earth, the wheat, the bread, our table, and our family.” He loves the land, fears his austere, pious father, who preaches from the head of the table as if from a pulpit, and loathes himself as he begins to harbor shameful feelings for his sister Ana. Lyrical and sensual, written with biblical intensity, this classic Brazilian coming-of-age novel follows André’s tormented path. He falls into the comforting embrace of liquor as—in his psychological and sexual awakening—he must choose between body and soul, obligation and freedom.

Raduan Nassar was born in 1935 in Pindorama, in the state of Sao Paolo, Brazil. A Cup of Rage and Ancient Tillage are his two major literary works. Raised in a Lebanese immigrant family, Nassar attended law school at the University of Sao Paolo and was a journalist and editor for the newspaper Jornal de Bairro. Although hailed around the world as a major writer, Nassar has led a private existence since 1985, dedicated to farming and livestock production.

Karen Sherwood Sotelino has translated novels and short stories from Portuguese into English. Recently, she has taught at Stanford University, where she is a visiting scholar in the department of Iberian and Latin American cultures.

Nassar...pitches into his sentences
spanning whole chapters constructions so breathless that it's impossible
not to dash through them. But the end of one only activates our craving
for the next. This is downhill prose, not for savoring but for
devouring.
— Becca Rothfeld

Both books remain hot, dense and coarse, full of raw feeling and mental
friction. Grainy as dust, dark as dirt. Nassar delivers his portraits
of human fallibility and fragility masterfully.

Raduan Nassar became a Brazilian sensation with his first novel. Now published in English, the world will come knocking.

While reading, and marveling at, Ancient Tillage and A Cup of Rage—both of them set on farms in the Brazilian outback, both of them stylistically bold achievements—we are struck by two other feelings: disappointment that Nassar wrote so little, and disbelief that it took so long to render his unique voice into English.

How often, honestly, does the unveiling in translation of a “forgotten
genius” live up to the hype? Well, here’s one who does: the Brazilian
Raduan Nassar.
— Lorna Scott Fox