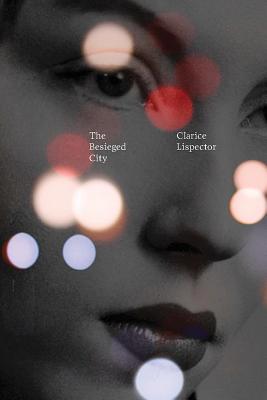 Seven decades after its original publication, Clarice Lispector’s third novel—the story of a girl and the city her gaze reveals—is in English at last

Seven decades after its original publication, Clarice Lispector’s third novel—the story of a girl and the city her gaze reveals—is in English at last. Lucrécia Neves is ready to marry. Her suitors—soldierly Felipe, pensive Perseu, dependable Mateus—are attracted to her tawdry not-quite-beauty, which is of a piece with Sao Geraldo, the rough-and-ready township she inhabits. Civilization is on its way to this place, where wild horses still roam. As Lucrécia is tamed by marriage, Sao Geraldo gradually expels its horses; and as the town strives for the highest attainment it can conceive—a viaduct—it takes on the progressively more metropolitan manners that Lucrécia, with her vulgar ambitions, desires too. Yet it is precisely through this woman’s superficiality—her identification with the porcelain knickknacks in her mother’s parlor—that Clarice Lispector creates a profound and enigmatic meditation on “the mystery of the thing.” Written in Europe shortly after Clarice Lispector’s own marriage, The Besieged City is a proving ground for the intricate language and the radical ideas that characterize one of her century’s greatest writers—and an ironic ode to the magnetism of the material.

Praise For The Besieged City…

Lispector made her own rules, free of the world’s constraints, and here, in her third novel, an ordinary story and apparently shallow protagonist are no impediments to formidable experiment...Having read her, one feels different, elated.
— Booklist Online

Lispector should be on the shelf with Kafka and Joyce.
— Los Angeles Times

Lispector’s prose lilts and sways, its rhythm shakes at once with closeness and distance. The sensory power Lispector is able to draw from her sentences is here given free rein and the descriptive character of the text is wild with excess, seeking to imbue everything simultaneously with solidity, material presence, and transience, fluidity.
— Daniel Fraser - Music & Literature

Underneath Lispector’s inventive, modernist style is a poignant and radical depiction of a young woman navigating a patriarchal society.
— The Paris Review

I’m really obsessed by this writer from Brazil, Clarice Lispector. I love her because she writes whole novels where not one thing happens—she describes the air. I think she’s such a great, great novelist.
— John Waters - W Magazine

Johnny Lorenz, son of Brazilian immigrants to the United States, was born in 1972. He received his doctorate in English from the University of Texas at Austin in 2000, and he is an associate professor at Montclair State University. In 2013, he was a finalist for Best Translated Book for his translation of A Breath of Life by Clarice Lispector (New Directions). His book of original poems, Education by Windows, was published in 2018 by Poets & Traitors Press; it includes his translations of the poet Mario Quintana, for which he received a Fulbright grant. He has published articles on Brazilian literature in journals such as Luso-Brazilian Review and Modern Fiction Studies. He is also the translator of Lispector's The Besieged City (New Directions).
Loading...
or support indie stores by buying on