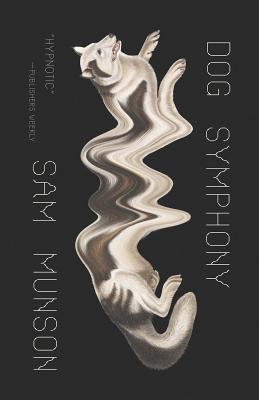 A breakthrough novel from the acclaimed young American writer

Boris Leonidovich, a North American professor who specializes in the history of prison architecture, has been invited to Buenos Aires for an academic conference. He’s planning to present a paper on Moscow’s feared Butyrka prison, but most of all he’s looking forward to seeing his enigmatic, fiercely intelligent colleague (and sometime lover) Ana again. As soon as Boris arrives, however, he encounters obstacle after unlikely obstacle: he can’t get in touch with Ana, he locks himself out of his rented room, and he discovers dog-feeding stations and water bowls set before every house and business. With night approaching, he finds himself lost and alone in a foreign city filled with stray dogs, all flowing with sinister, bewildering purpose though the darkness...

Shadowed with foreboding, and yet alive with the comical mischief of César Aira and the nimble touch of a great stylist, Dog Symphony is an un-nerving and propulsive novel by a talented new American voice.

It is like Kafka...Its oddity is like a long, sustained hum, never varying in pitch or volume, that suffuses every page and every line. You open the book up and the hum begins.
— Jason Sheehan - NPR

A historian of prison architecture attends a conference in Buenos Aires and gets sucked into a surreal neighborhood patrolled by dogs in this clever novel.
— Publishers Weekly (starred)

Sam Munson has written one of the funniest, most heartfelt novels in recent
memory.
— The Chicago Tribune

Munson is a writer with something to say.
— The New York Times Book Review

Like all good fiction, there is a mystery at the invisible heart of Dog Symphony, and Munson’s elusive style forces you to read the lines as if scanning for clues.

[A] whirling text which instinctively launches itself down the streets of Buenos Aires, only stopping to ask questions about man’s inclination toward structure and the relationship between autonomy and reality...For Boris Leonidovich, the fabric of essential reality is bent by collective acceptance.
— Katherine Beaman - Commonplace Review

Sam Munson’s writing has appeared in n+1, The New York Times, The Wall Street Journal, The LA Review of Books, The Times Literary Supplement, and numerous other publications. He is the author of the novel The November Criminals, now a major motion picture starring Ansel Elgort and Chloe Moretz.
Loading...
or support indie stores by buying on