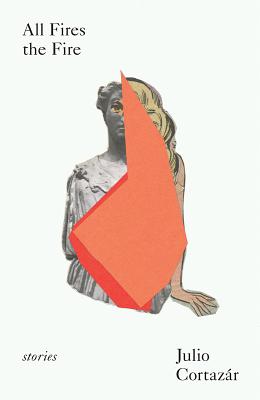 All Fires the Fire (Paperback)

“One of the most adventurous and rewarding collections since the publication of Cortázar’s own Blow-up.” —Los Angeles Times

A traffic jam outside Paris lasts for weeks. Che Guevara and Fidel Castro meet on a mountaintop during the Cuban Revolution. A flight attendant becomes obsessed with a small Greek island, resulting in a surreal encounter with death. In All Fires the Fire, Julio Cortázar (author of Hopscotch and the short story “Blow-Up” ) creates his own mindscapes beyond space and time, where lives intersect for brief moments and situations break and refract. All Fires the Fire contains some of Julio Cortázar’s most beloved stories. It is a classic collection by “one of the world’s great writers” (Washington Post).

Julio Cortázar (1914-1984), Argentine novelist, poet, essayist, and short-story writer, was born in Brussels, and moved permanently to France in 1951. Cortazar is now recognized as one of the century's major experimental writers, reflecting the influence of French surrealism, psychoanalysis, and his love of both photography and jazz, along with his strong commitment to revolutionary Latin American politics.

Suzanne Jill Levine is a leading translator of Latin American literature, and professor at the University of California in Santa Barbara where she directs a Translation Studies doctoral program.

Praise For All Fires the Fire…

"In this playful and scintillating set of fabulist tales by Argentine master Cortázar, characters are shuffled through shifting realities. Cortázar fans will devour these affecting stories." —Publishers Weekly (starred review)

He was, perhaps without trying, the Argentine who made the whole world love him.
— Gabriel García Márquez

Anyone who doesn’t read Cortázar is doomed.
— Pablo Neruda