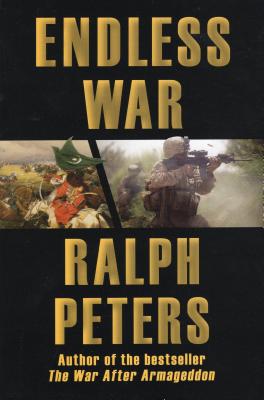 Endless War features controversial strategist Ralph Peters at his most provocative and popular, raising perceptive, often shocking questions others fear to ask. In a sweeping collection that ranges from Muslim military triumphs a thousand years ago through the turning of the tide between East and West to the brutal unconventional struggles of today and tomorrow, former Military Intelligence officer Peters extends his successful series of books on strategy and security affairs that have won him diehard fans for his insight, firsthand experience, and frankness.Endless War engages the toughest security issues of our time, including: - Does our Afghan war make sense? Can we win? Do we even have a strategy?- Has flawed military planning left our troops as virtual hostages in combat zones?- Can Israel survive? What would an Iranian nuclear arsenal mean for the world?- Is Islam a "religion of peace," or has the war between Islam and Western civilization continued virtually without interruption for almost fourteen centuries?- Why doesn't the greatest superpower in history win more often? Are we our own worst enemies?- Have we lost our sense of warfare's reality? Why don't we fight to win?- Do terrorist prisoners really deserve better treatment than American citizens?- What's the true price of striking serious history courses from our schools?- Who does deeper damage to the United States, our violent enemies or an arrogant ruling elite?In powerful prose combining clarity with passion, Ralph Peters continues to shape our country's military and strategic thought, while standing up for our troops and American values. No book on strategy or foreign affairs this year will be fiercer or more brutally honest. As ever more dark clouds gather over the world, this is a voice we need.

Fox News Strategic Analyst Ralph Peters is the author of 27 books, including bestselling and prize-winning novels. He has experience in over 70 countries and, as a journalist, has covered multiple conflicts. His work has appeared in a wide range of publications and he serves on the advisory board of Armchair General magazine. He lives in Virginia.
Loading...
or
Not Currently Available for Direct Purchase