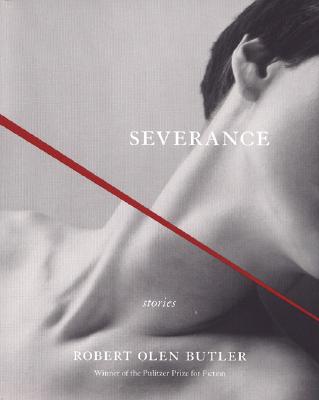 The human head is believed to remain in a state of consciousness for one and one-half minutes after decapitation. In a heightened state of emotion, people speak at the rate of 160 words per minute. Inspired by the intersection of these two seemingly unrelated concepts, Pulitzer Prize-winning author Robert Olen Butler wrote sixty-two stories, each exactly 240 words in length, capturing the flow of thoughts and feelings that go through a person's mind after their head has been severed. The characters are both real and imaginedMedusa (beheaded by Perseus, 2000 BC), Anne Boleyn (beheaded at the behest of Henry VIII, 1536), a chicken (beheaded for Sunday dinner, Alabama, 1958), and the author (decapitated, on the job, 2008). Told with the intensity of a poet and the wit of a great storyteller, these final thoughts illuminate and crystallize more about the characters' own lives and the worlds they inhabit than many writers manage to convey in full-length biographies or novels. The stories, which have appeared in literary magazines across the country, are a delightful and intriguing creative feat from one of today's most inventive writers.

"Butler has one-upped himself....he has brought the dead back to life through the limitless will of his imagination." —The New York Times

"A stream-of-consciousness masterpiece." —The Birmingham News

"Robert Olen Butler...is a master of the performance piece. ...these stories capture and captivate the reader." —The (New Orleans) Times-Picayune

"In concept, Severance is brilliant. In execution, it's even better—beautiful, hilarious, horrifying, and humane." —Dave Eggers

"With Butler's signature mastery of language, Severance delivers a ghost chorus speaking with poetic urgency, and each of these finales leaves us shivering and breathless." —Amy Tan

"Severance is a dazzling tour of history and humanity." —Ann Patchett

In his three previous story collections, Robert Olen Butler has entered into the heads of an astonishing range of characters - from the Vietnamese exiles in his Pulitzer-Prize-winning first collection, "A Good Scent From a Strange Mountain," to the grotesques of "Tabloid Dreams" to the lost souls in the postcard scribbles of "Had a Good Time." But with "Severance," Butler has one-upped himself. He has written an entire short-story collection in the voices of decapitated heads.

Butler conceived of the idea after encountering a gruesome piece of trivia: that a human head is believed to continue in a state of consciousness for one and a half minutes after decapitation. Having then determined, from another source, that "in a heightened state of emotion, we speak at the rate of 160 words per minute," Butler arrived at a new - and unlikely to be replicated - art form, the vignette of the severed head, told in exactly 240 words.

Attempting to span more than 40,000 years of human (and occasionally nonhuman) history, Butler chooses an all-star list of 62 "talking heads" (his original title choice; frowned on, he says, by his publisher) including the Gorgon Medusa, two of the apostles, the actress Jayne Mansfield, the novelist Yukio Mishima, John the Baptist, Charles H. Stuart (a Texas farmer beheaded by his two teenage daughters), a German baroness who ran afoul of Hitler, a Viet Minh guerrilla leader guillotined by the French and three victims of Henry VIII.

Their stories are told in trancelike, first-person run-on sentences, unpunctuated prose poems in which Butler manages both to create an identifiable consciousness for his characters and to provide a glimpse of vanished worlds. His heads examine their lives and attempt to atone for their sins; sometimes, they even report on their deaths. But despite Butler's efforts to give each figure a distinct voice, when the stories are read in quick succession they begin, if you will, to bleed into one another. They are best read separately, with some space between.

The first entry, "Mud," captures the last thoughts of a cave man killed by a saber-toothed tiger: "It was time to eat, to eat the old." Later entries take us through the French Revolution, the pogroms of Eastern Europe, the Vietnam War, the destruction of the World Trade Center and the Iraq war.

In her last flash of consciousness, Butler's Nicole Brown Simpson sees her husband sprinting by as though toward a final end zone, "and I can see what's tucked there in the crook of his arm and it is me, it is my head, and I stare into my own eyes." A Shiite cleric, beheaded by Saddam Hussein, tries desperately to make peace with Allah: "I am penitent, and the echo of my prayers is still in my head." A Mississippi manual laborer, caught sleeping with another man's wife, complains that his assailant "don't even deserve the love of Maisie who has billowy warm thighs." His final vision is of his attempted escape: "Like a greyhound at the track I'll just leap through that window and be clean plumb away from his ax." Even a chicken "beheaded in Alabama for Sunday dinner, 1958" is given its self-parodic due: "I am rushing now along the path and the clucking is for me and it is very loud and a great wide road is suddenly before me and she is beyond and I cross."

In "Tabloid Dreams," Butler took the preposterous - a jealous husband, for example, returning from the grave as a parrot in his cheating wife's home - and made it heartbreaking. In "Severance," he has brought the dead back to life through the limitless will of his imagination. The final story is told by the decapitated cranium of the author himself - proof that, for all his literary hubris, Robert Olen Butler knows to quit while he's, well ... you know. -The New York Times

Robert Olen Butler, recipient of the Pulitzer Prize for his short-story collection A Good Scent from a Strange Mountain, is the author of many acclaimed works of fiction. His short stories have appeared in The New Yorker, Esquire, The Atlantic Monthly, and many other magazines. He lives and teaches in Tallahassee, Florida.
Loading...
or
Not Currently Available for Direct Purchase