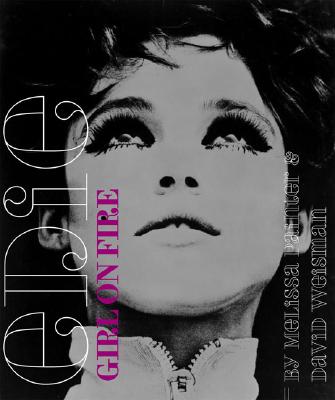 Now in paperbackthis is the real story of Edie Sedgwick: model, film star, socialite, friend, lover, and addict; first "it" girl of Andy Warhol's Factory and later muse to Bob Dylan. David Weisman filmed Edie for the last years of her life in his cult film Ciao! Manhattan. After uncovering lost footage, he was inspired to create Edie: Girl on Fire, a book and a documentary film that explore Edie's true story, in the process unearthing hundreds of unpublished photos and interviewing many of Edie's surviving intimates. A rebuttal to Hollywood's highly fictionalized Factory Girl, this is an insightful and startling portrait of a woman that nobody quite knew.

David Weisman co-directed Ciao! Manhattan and was nominated for an Academy Award as producer of Kiss of the Spider Woman. He lives in Los Angeles.

Melissa Painter is an award-winning filmmaker who has directed Wildflowers, Admissions, and Steal Me. She lives in Los Angeles.
Loading...
or
Not Currently Available for Direct Purchase