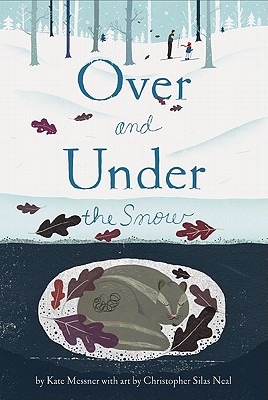 Over the snow, the world is hushed and white. But under the snow exists a secret kingdom of squirrels and snow hares, bears and bullfrogs, and many other animals that live through the winter safe and warm, awake and busy, under the snow. Discover the wonder and activity that lies beneath winter's snowy landscape in this magical book.

Praise For Over and Under the Snow…

"Throughout the book, Neal's crisp, clean mixed-media illustrations cleverly provide above- and belowground views, and Messner's back material will educate children about the subnivean zone and animal adaptations" - School Library Journal

"This book depicting beauty in nature is a gem... Anyone looking for a picture book that also teaches science will love this title" - Library Media Connecton, Starred Review

Kate Messner is the author of the E. B. White Award-winning The Brilliant Fall of Gianna Z. She lives in Plattsburgh, New York.