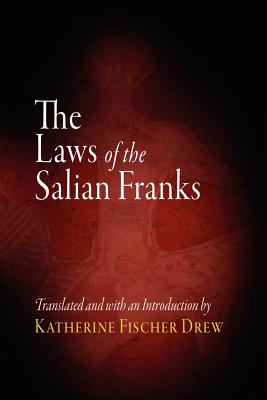 The Laws of the Salian Franks (Middle Ages) (Paperback)

Following the collapse of the western Roman Empire, the Franks established in northern Gaul one of the most enduring of the Germanic barbarian kingdoms. They produced a legal code (which they called the Salic law) at approximately the same time that the Visigoths and Burgundians produced theirs, but the Frankish code is the least Romanized and most Germanic of the three. Unlike Roman law, this code does not emphasize marriage and the family, inheritance, gifts, and contracts; rather, Lex Salica is largely devoted to establishing fixed monetary or other penalties for a wide variety of damaging acts such as "killing women and children," "striking a man on the head so that the brain shows," or "skinning a dead horse without the consent of its owner." An important resource for students and scholars of medieval and legal history, made available once again in Katherine Fischer Drew's expert translation, the code contains much information on Frankish judicial procedure.

Drew has here rendered into readable English the Pactus Legis Salicae, generally believed to have been issued by the Frankish King Clovis in the early sixth century and modified by his sons and grandson, Childbert I, Chlotar I, and Chilperic I. In addition, she provides a translation of the Lex Salica Karolina, the code as corrected and reissued some three centuries later by Charlemagne.

Katherine Fischer Drew is Lynette S. Autrey Professor of History Emerita at Rice University and is translator of both The Lombard Laws and The Burgundian Code, also available from the University of Pennsylvania Press.
or support indie stores by buying on
Copyright © 2020 American Booksellers Association