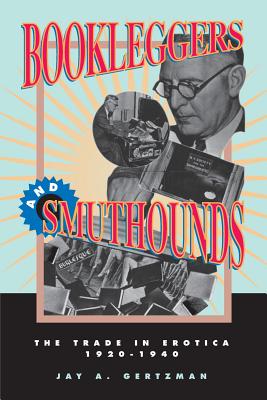 Bookleggers and Smuthounds vividly brings to life this significant chapter in American publishing history, revealing the subtle, symbiotic relationship between the publishers of erotica and the moralists who attached them--and how the existence of both groups depended on the enduring appeal of prurience. By keeping intact the association of sex with obscenity and shameful silence, distributors of erotica simultaneously provided the antivice crusaders with a public enemy. Jay Gertzman offers unforgettable portrayals of the pariah capitalists who shaped the industry, and of the individuals, organizations, and government agencies that sought to control them. Among the most compelling personalities we meet are the notorious publisher Samuel Roth, the Prometheus of the Unprintable, and his nemesis, John Sumner, head of the New York Society for the Suppression of Vice, a man aggressive in his pursuit of pornographers and in his quest for a morally united--and ethnically homogeneous--America.

Jay A. Gertzman is Professor Emeritus of English at Mansfield University and has been actively involved with the National Coalition Against Censorship based in New York.
Loading...
or support indie stores by buying on