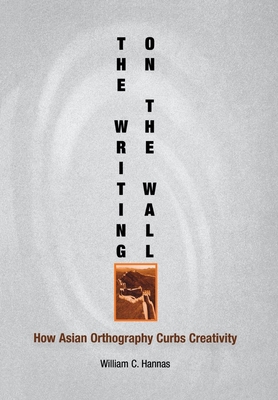 Students in Japan, China, and Korea are among the world's top performers on standardized math and science tests. The nations of East Asia are also leading manufacturers of consumer goods that incorporate scientific breakthroughs in telecommunications, optics, and transportation. Yet there is a startling phenomenon known throughout Asia as the creativity problem. While East Asians are able to use science, they have not demonstrated the ability to invent radically new systems and paradigms that lead to new technologies. In fact, the legal and illegal transfer of technology from the West to the East is one of the most contentious international business issues. Yet Asians who study and work in the West and depend upon Western languages for their research are among the most creative and talented scientists, no less so than their Western counterparts.

William C. Hannas contends that this paradox emerges from the nature of East Asian writing systems, which are character-based rather than alphabetic. Character-based orthographies, according to the author, lack the abstract features of alphabetic writing that model the thought processes necessary for scientific creativity. When first learning to read, children who are immersed in a character-based culture are at a huge disadvantage because such writing systems do not cultivate the ability for abstract thought. Despite the overwhelming body of evidence that points to the cognitive side-effects, the cultural importance of character-based writing makes the adoption of an alphabet unlikely in the near future.

William C. Hannas is a senior officer in the Foreign Broadcast Information Service, specializing in East Asian science and technology issues. He is the author of Asia's Orthographic Dilemma.
Loading...
or support indie stores by buying on