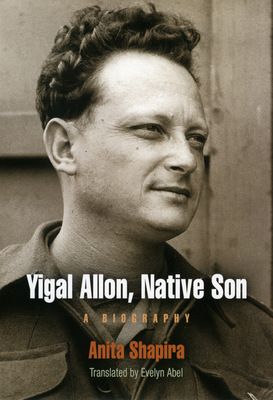 A Biography (Jewish Culture and Contexts)

Born in 1918 into the fabric of Arab-Jewish frontier life at the foot of Mt. Tabor, Yigal Allon rose to become one of the founding figures of the state of Israel and an architect of its politics. In 1945 Allon became commander of the Palmah--an elite unit of the Haganah, the semilegal army of the Jewish community--during the struggle against the British for independence. In the 1947-49 War of Independence against local and invading Arab armies, he led the decisive battles that largely determined the borders of Israel. Paradoxically, his close lifelong relations with Arab neighbors did not prevent him from being a chief agent of their sizable displacement.

A bestseller in Israel and available now translated into English, Yigal Allon, Native Son is the only biography of this charismatic leader. The book focuses on Allon's life up to 1950, his clash with founding father David Ben-Gurion, the end of his military career, and the watershed in culture and character between the Jewish Yishuv and Israeli statehood. As a statesman in his more mature years, he formulated what became known as the Allon Plan, which remains a viable blueprint for an eventual two-state partition between Israel and the Palestinians. Yet in the end, the promise Allon showed as a brilliant young military commander remained unfulfilled. The great dream of the Palmah generation was largely lost, and Allon's name became associated with the failed policies of the past.

The story of Allon's life frames the history of Israel, its relationship with its Arab neighbors, its culture and spirit. This important biography touches on matters--Israel's borders, refugees, military might--that remain very much alive today.

Anita Shapira is Ruben Merenfeld Professor for the Study of Zionism, Tel Aviv University, and the author and editor of many books, including Israeli Identity in Transition.
Loading...
or support indie stores by buying on