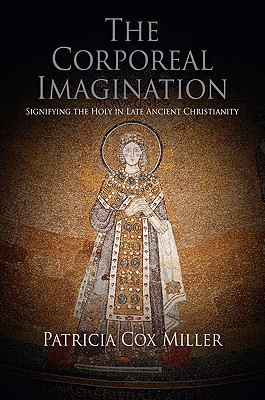 With few exceptions, the scholarship on religion in late antiquity has emphasized its tendencies toward transcendence, abstraction, and spirit at the expense of matter. In "The Corporeal Imagination," Patricia Cox Miller argues instead that ancient Christianity took a material turn between the fourth and seventh centuries. During this period, Miller contends, there occurred a major shift in the ways in which the human being was oriented in relation to the divine, a shift that reconfigured the relationship between materiality and meaning in a positive direction."The Corporeal Imagination" is a groundbreaking investigation into the theological poetics of material substance in late ancient Christian texts. From hagiographies to literary descriptions of sacred paintings to treatises on relics and theurgy, Miller examines a wide variety of ancient texts to reveal how Christian writers increasingly described the matter of the world as invested with divine power. By appealing to the reader's sensory imagination, Christian texts endowed phenomena like relics, saints' bodies in hagiography, and saints' presence in icons with a visual and tactile presence. The book draws on a variety of contemporary theoretical models to elucidate the significance of all these materials in ancient religious life and imagination.

Patricia Cox Miller is W. Earl Ledden Professor of Religion, Emerita, at Syracuse University. She is author of Biography in Late Antiquity: A Quest for the Holy Man and Dreams in Late Antiquity: Studies in the Imagination of a Culture and editor (with Dale B. Martin) of The Cultural Turn in Late Ancient Studies: Gender, Asceticism, and Historiography.
or
Not Currently Available for Direct Purchase