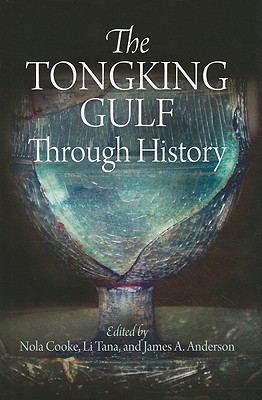 The Tongking Gulf Through History (Encounters with Asia)

Since 2005, a series of significant developments has been unfolding in the area of the Tongking Gulf under the rubric of an ambitious project called Two Corridors and One Rim. Proposed by Vietnam in 2004 and enthusiastically embraced by China, the project is designed to link their shared shores and hinterlands by superhighways and high-speed rail. An area that had seemed a backwater for two hundred years has suddenly become a dynamic engine of growth.

Yet how innovative are these developments? Drawing on fresh historical insights and recent archaeological research in northern Vietnam and southern China, The Tongking Gulf Through History reveals that this region has long been a center of cultural, political, and economic exchange. From a historical point of view, contributors argue, the Gulf of Tongking has come full circle. Inspired by the Braudelian vision that regionality arises from long-term human interactions, essays avoid state-centered approaches of nationalist histories to focus on local communities throughout the Gulf. In doing so, they reveal a complex pattern of interrelationships and geopolitical factors that has shaped the gulf region for over two millennia. The first half of the volume covers the era from the Neolithic to the tenth century, when an independent state emerged from old Chinese Jiaozhi, or modern northern Vietnam; the second surveys the nine centuries that followed, in which only two states came to share the maritime shores of the Tongking Gulf. Together, the essays illuminate how millennia of recurring human interactions within this geographical space have created a regional ensemble with its own longstanding historical integrity and dynamics.